Two Thirds For Rea At Misano 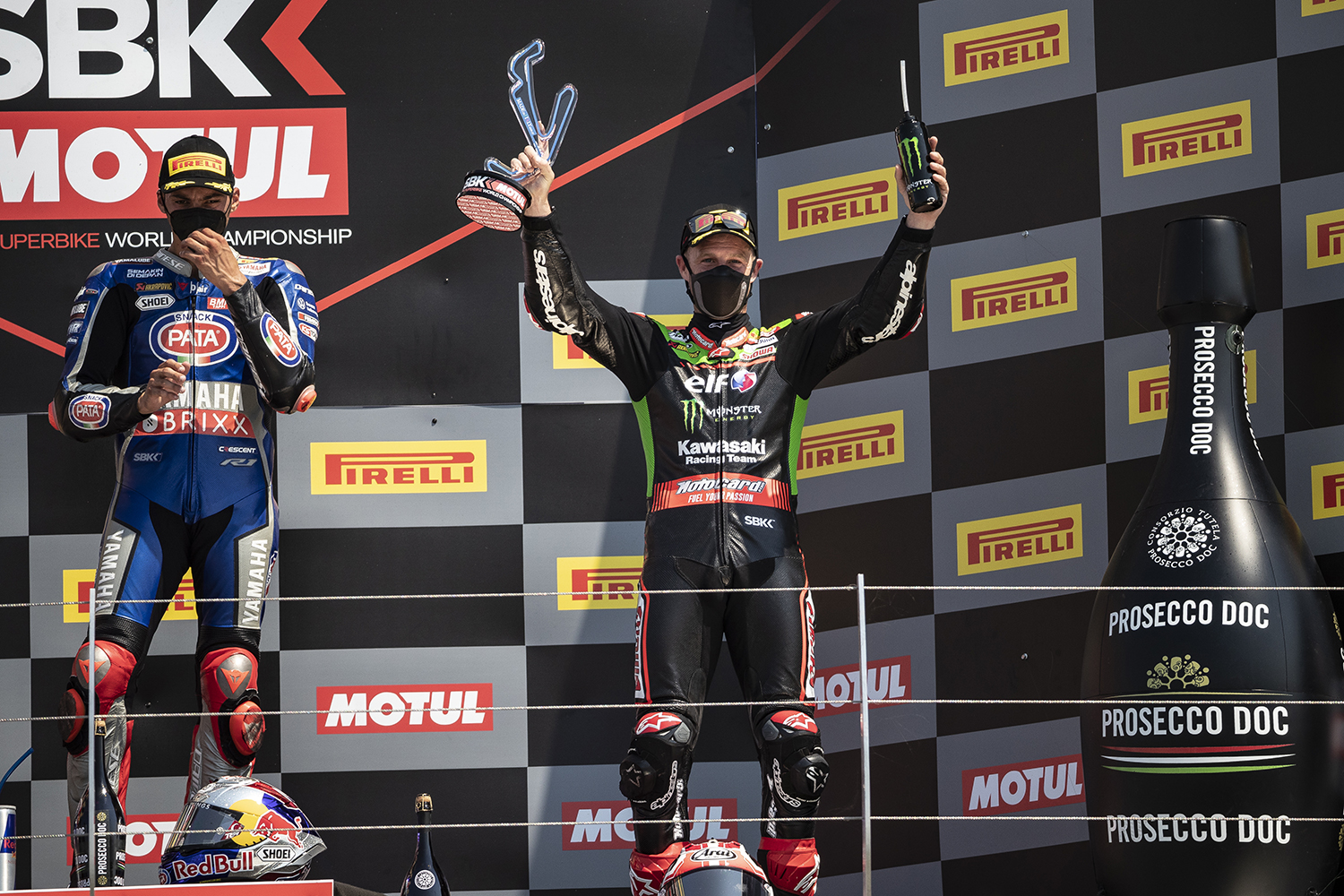 Jonathan Rea maintained his leading position in the 2021 FIM Superbike World Championship after securing another two third place finishes today at round three of the WorldSBK season at Misano World Circuit.

The podium places in both the ten-lap Tissot Superpole race, and the final 21-lap WorldSBK race were shared by the same three riders.  Michael Ruben Rinaldi (Ducati) and Toprak Razgatlioglu (Yamaha) took a win each and despite leading both races in the early stages, Jonathan was unable to break the stranglehold on the top two positions and had to settle for a couple of third places.

In the points table Rea now has 149 from Razgatlioglu who is 20 points further back on 129. Scott Redding (Ducati) with 104 points is one place ahead of JR’s team mate Alex Lowes, 88.

The WorldSBK riders and teams will now take part in the fourth round of the championship at Donington Park in the UK, between 2-4 July.

Jonathan Rea said “In the second race I went with the ‘C’ rear tyre, the harder option, that I used in Estoril. With the temperature going up on the shoulder of the tyre I was missing a little bit of stability. Then from there I sacrificed a little bit of edge grip. I knew in the beginning I was maybe going to also sacrifice a little bit of turning but as the race went on I felt like I could still keep my brake performance, which I could. I could be in there and fighting to be there, but Toprak had a great rhythm. I was there or thereabouts, fighting like hell. I can’t even remember the short race! I was there at the front for three or four laps but after the warning of a front end slide yesterday I just had to accept my position. Congratulations to Toprak and Michael they had awesome races. I went all-in in Race Two and had some warning but was able to back-it off a little bit and consolidate a podium.”