Superpole Winner Then Fourth For Rea 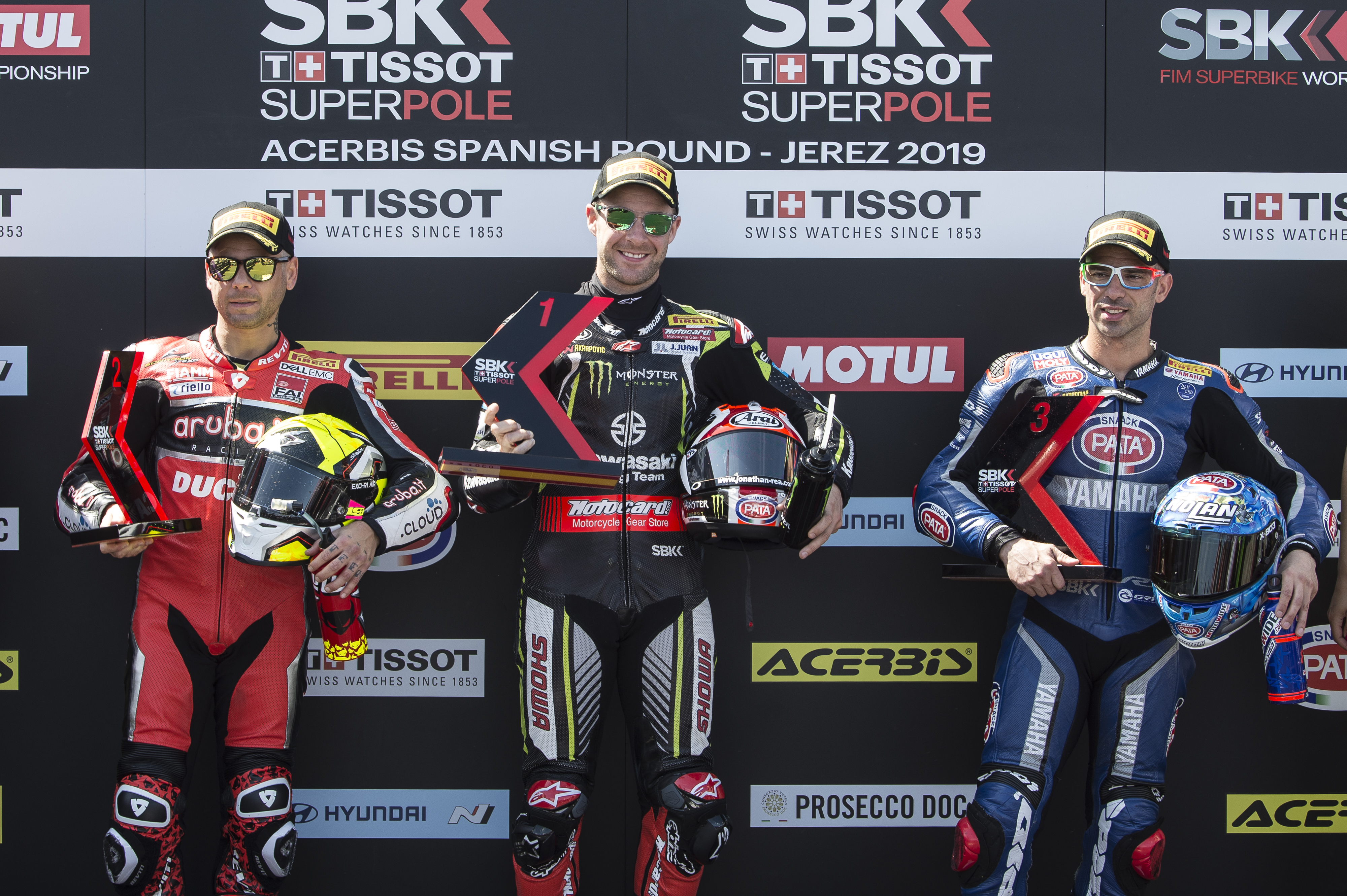 Jonathan Rea took his KRT Ninja ZX-10RR to a record breaking Superpole success at Jerez and then followed it up with an eventual fourth place finish, having crossed the line third in the first race of the weekend.

In a dramatic opening WorldSBK race at Jerez Rea competed for a podium finish after starting from pole. With some mid-corner issues with front end feel and confidence Rea lost positions to first Alvaro Bautista and then both official Yamaha riders.

Swapping positions with Alex Lowes in the second half of the race, held in ambient conditions that almost touched 30°C, Rea was fourth with one lap to go and closed in on Lowes in the last few corners.

In an attempted pass on Lowes into the slow final left hander they touched, and Lowes fell. Rea was initially classified third, and took part in the podium ceremony, but the FIM WorldSBK Stewards Panel issued a sanction to Rea that means he drops one position to fourth in the final race classification, and has to start the next race from the back of the grid.

On Sunday 9 June there will be two WorldSBK races to complete the Jerez weekend, one ten-lap Tissot-Superpole race and then a second full distance race in the afternoon.

Jonathan Rea, stated: “Our bike, with grip, was working incredibly well today, especially in the morning in the cooler conditions. I was able to build into that Superpole lap with a three stop strategy – first with a race tyre, then with a pre-qualifier and then at the end with the qualifying tyre. With the temperatures rising in the afternoon, maybe a combination of that, or what we changed on the rear of the bike a little, I really struggled right at the apex of the corners to turn around. It was putting so much stress on the front tyre. I tried to do the best I could, but when Alvaro came past it was on a completely different rhythm. I found myself on a similar pace to Alex. On the last lap I tried to be as close as possible to do something in the last corner. I saw him going wide on the racing line so I decided to do a cutback and go to the inside. Unfortunately at that point he was fully committed to the corner, I did not got through far enough, we had contact and he went down. I am really sorry for ending his race but it was a real racing accident; last lap, last corner battle.”