SUPERPOLE RECORDS AND PODIUM FOR REA 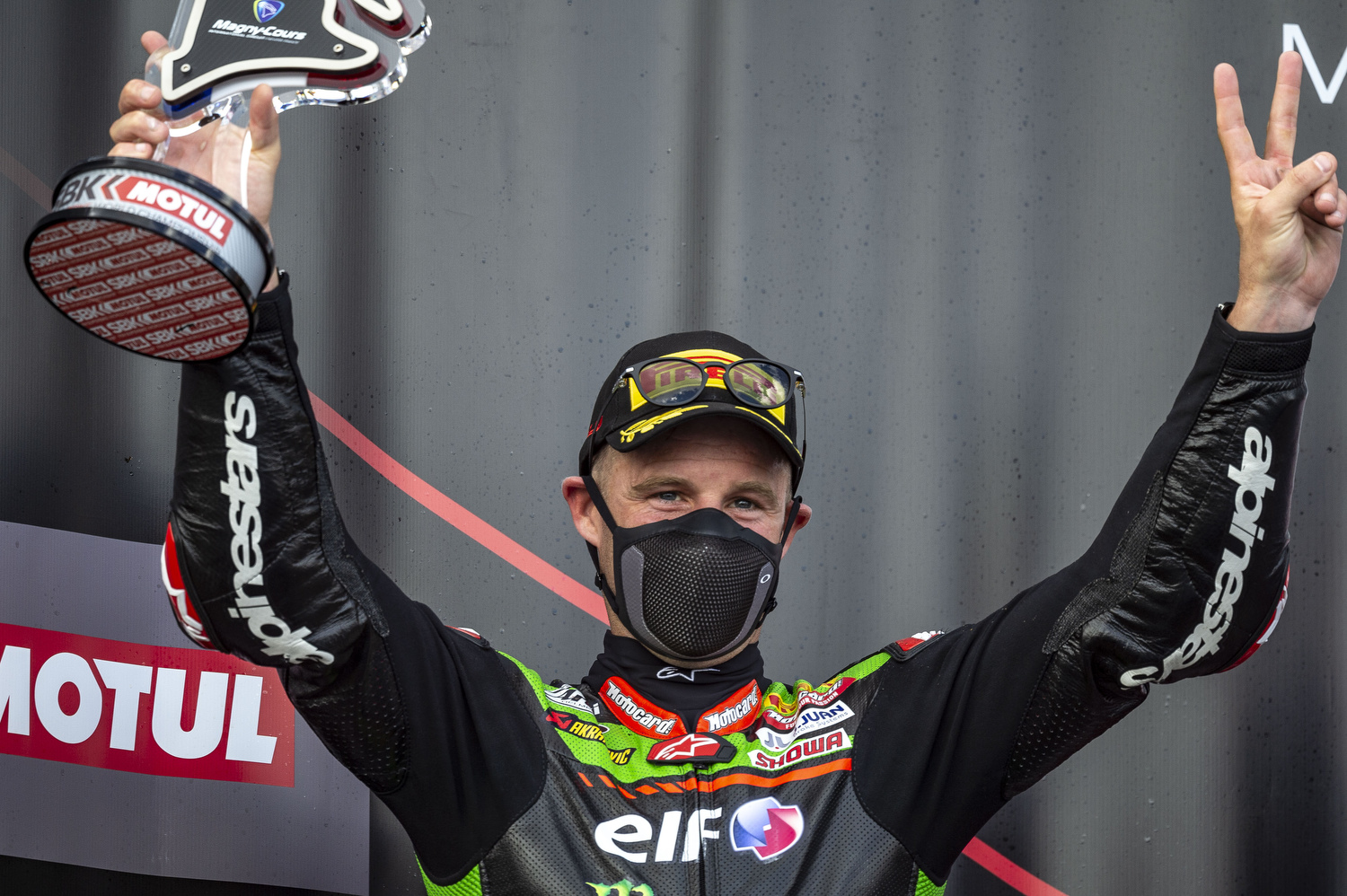 Jonathan Rea finished second in Race One at the FIM Superbike World Championship round in Magny Cours today.

Rea started the race from Pole Position, setting two records and reaching another important Kawasaki milestone in the process. In winning his eighth consecutive Tissot-Superpole contest Jonathan created a stand-alone record for successive pole positions in WorldSBK. His best lap of 1’35.683 in Superpole was a new track best as well.

Rea’s 35th career pole position was his 31st for Kawasaki, but more significantly it gave Kawasaki a total of 100 WorldSBK pole positions as a manufacturer since the series started in 1988.

In Race One, held in warm and dry conditions, Rea opted for ‘B’ tyres front and rear. After some passes and battles for track position in the first lap Rea led, until Toprak Razgatlioglu (Yamaha) came through from second place to the lead on lap four.

Rea pushed hard to try and stay in contention for the win but eventually scored second place, still setting faster laps through the race than all but one rider. Jonathan’s second place was his 20th podium of the 2021 season so far.

The final day of Magny Cours action will take place on Sunday 5 September, with the short ten-lap Tissot-Superpole race in the morning and then a second full distance race, which starts at 14.00 hours, local time.

Jonathan Rea said: “I did not realise that I had made eight Superpoles in a row until I saw it on the TV screen. That is pretty cool. And 100 Superpoles for Kawasaki as well, which is great. It was a really good day at school for me because I learned a lot. I can give some information now to the engineers in the pitbox and hope they can do something with it. It is clear we are quite on the limit of the package and are asking a lot from the front of the bike - in terms of stability and front tyre. When I was with Toprak I felt really good in sector one, up to the braking area of Turn Five. But, changing gear from first to second on the exit of T5 I lost all the time in the lap. During the rest of the lap I felt quite good. Eventually it was time to consolidate second position because Toprak was going away.”