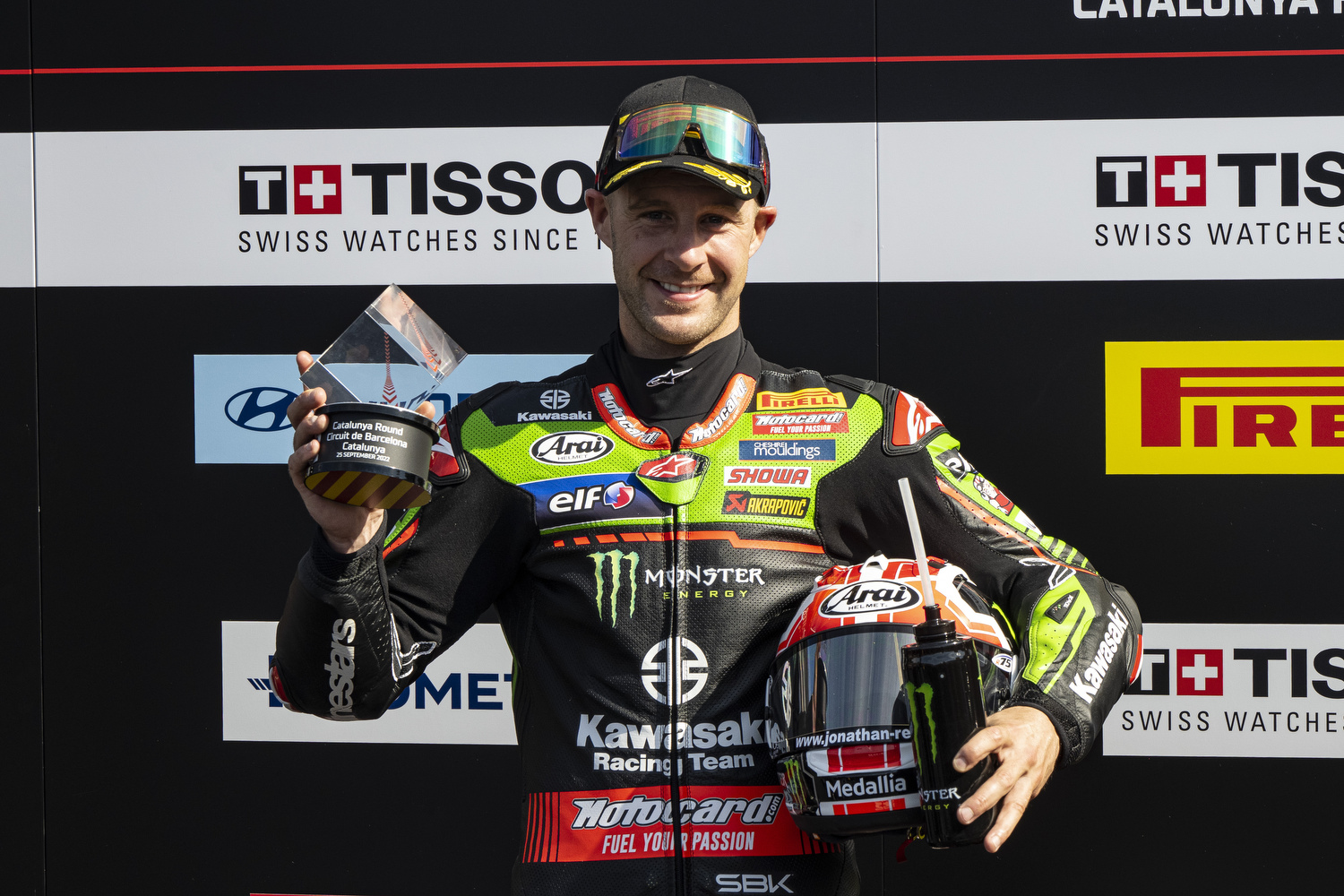 Jonathan Rea raced to second place in the ten-lap Superpole Race at Circuit de Barcelona-Catalunya today. He followed that with fourth in the 20-lap Race Two.

In the intense Superpole ‘sprint’ race, which is a traditional Sunday morning feature at all WorldSBK races, Rea and KRT team-mate Alex Lowes chased eventual race winner Alvaro Bautista all the way to the flag in dry track conditions.

In Race Two, held in the warmest conditions of the weekend, Rea would end up fourth after fighting for the podium positions for much of the race. Only a late off-track excursion when he found a false neutral prevented Jonathan from being close enough to make a final push for the top three places once again.

Rea leaves Catalunya in third place overall in the championship, with a weekend record of 2-2-4 in terms of final race results.

As it stands, with four WorldSBK rounds and 12 individual races left to run in 2022, triple Catalunya race winner Alvaro Bautista leads the points table with a total of 394. Toprak Razgatlioglu has 335 points and Jonathan 327.

The next competitive WorldSBK round will take place in Portugal, at the Autodromo Internacional do Algarve, between 7-9 October.

Jonathan Rea said: “It was nice to be back on the podium this morning in the Superpole Race, especially at the team’s home track. But, it was a shame to end the weekend with a fall. I got swallowed up off the start. It was a good start but we lost a bit on acceleration so I got passed by a few guys. I managed to make some good moves in the first part of the lap and got in behind Toprak. As the bike was sliding it came back into line with a full fuel tank, it just pushed the front a little bit. I had gone for the hard front tyre compared to what I used this morning and it didn’t have enough grip. It just caught me out. I don’t think we had the pace for the podium in the long race but I think we have made some improvements on the bike from yesterday, so that would have been interesting to see if we could have kept the used tyres going a bit more. I am not going to let that second race take away from anything because this is a tough track for me, a tough track for the bike in some ways, and I have been so happy with my speed and feeling from the bike. Big thanks to the team because they have been busy all week with extra stuff to do. So, it was nice to get a good result in qualifying and a good result this morning in the Superpole Race.”