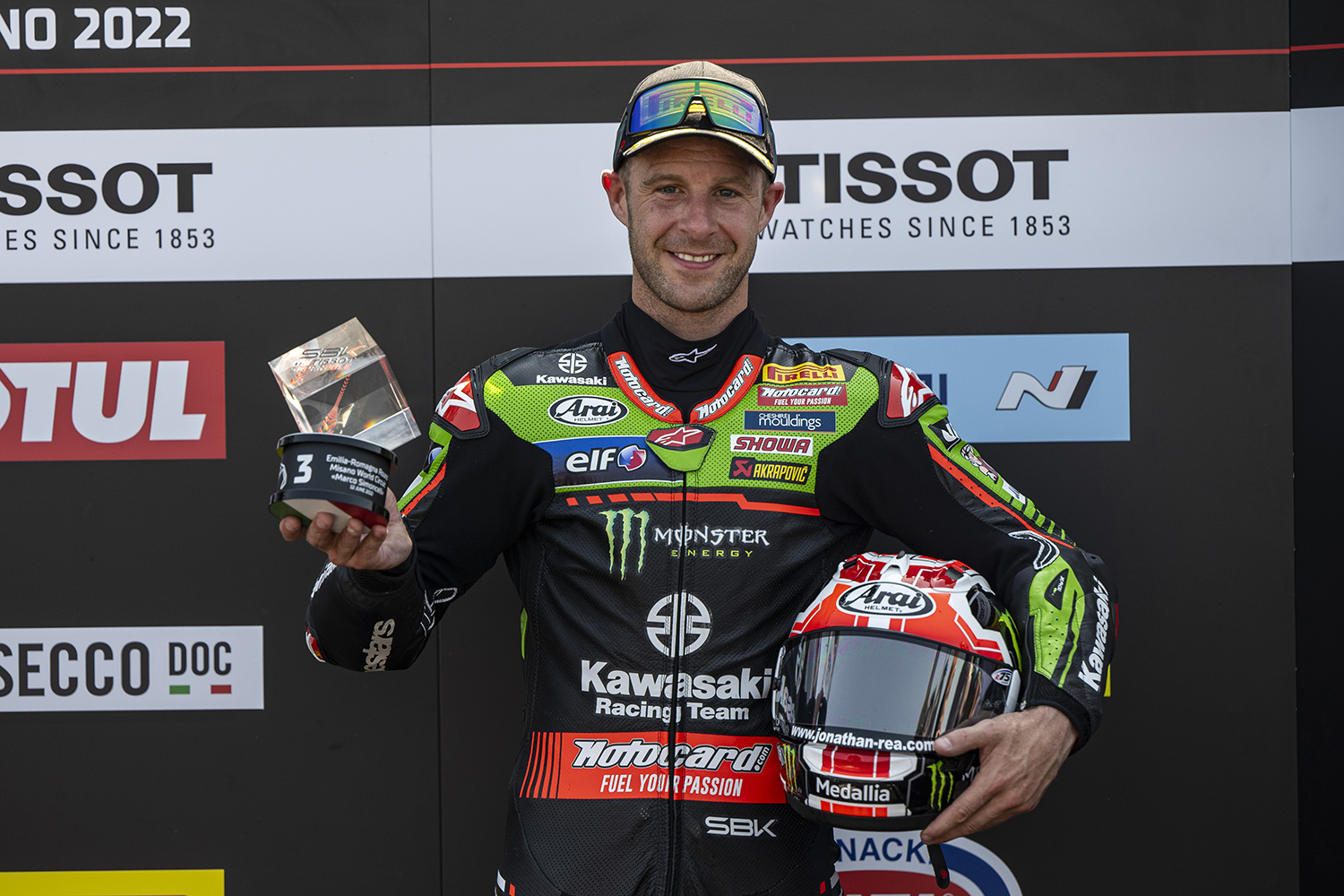 Jonathan Rea took third place in the ten-lap Superpole Race at Misano today and was then fourth in WorldSBK race two.

With the final race day of the Misano WorldSBK weekend proving to be hot and sunny from the start the Superpole Race got underway at 11.00 local time with the track temperature already around 40°C.

Jonathan was in the leading mix from the beginning of the ‘sprint’ race and would eventually finish third.

In the beginning of the race Rea had to fight for track position and went from third to fourth on lap three. He could not get back into podium contention and ended up in fourth place.

In the overall championship standings Jonathan is still second with 184 points to Alvaro Bautista’s 220.

After the completion of the Misano weekend there will be a long break in the WorldSBK action, with the season restarting at Donington Park in the UK between 15-17 July.

Jonathan Rea said: “I felt at the beginning of the Superpole Race I was OK but as soon as the pace stepped up I couldn’t really go with Toprak. He was on it and had a really good rhythm. Then with Alvaro as soon as he got clear track, he was gone. I felt that I was riding to get the maximum from the bike, but it wasn’t enough. I was getting frustrated because they were just going away. In the long race I was fourth in T1 but then I got track position behind Toprak and Alvaro. I just settled into a rhythm I thought was OK. I was really struggling with entering corners, with sliding that was causing the front to chatter. I just had a pace that wasn’t good enough and struggled with grip. I had 2-3-4 race finishes for the weekend and we go out of here in one piece, with some points. I think we maximised what we could do. When I raced with Alvaro out there I didn’t feel I had anything for him, to be honest. He was on a different level here. We will see what happens in Donington.”