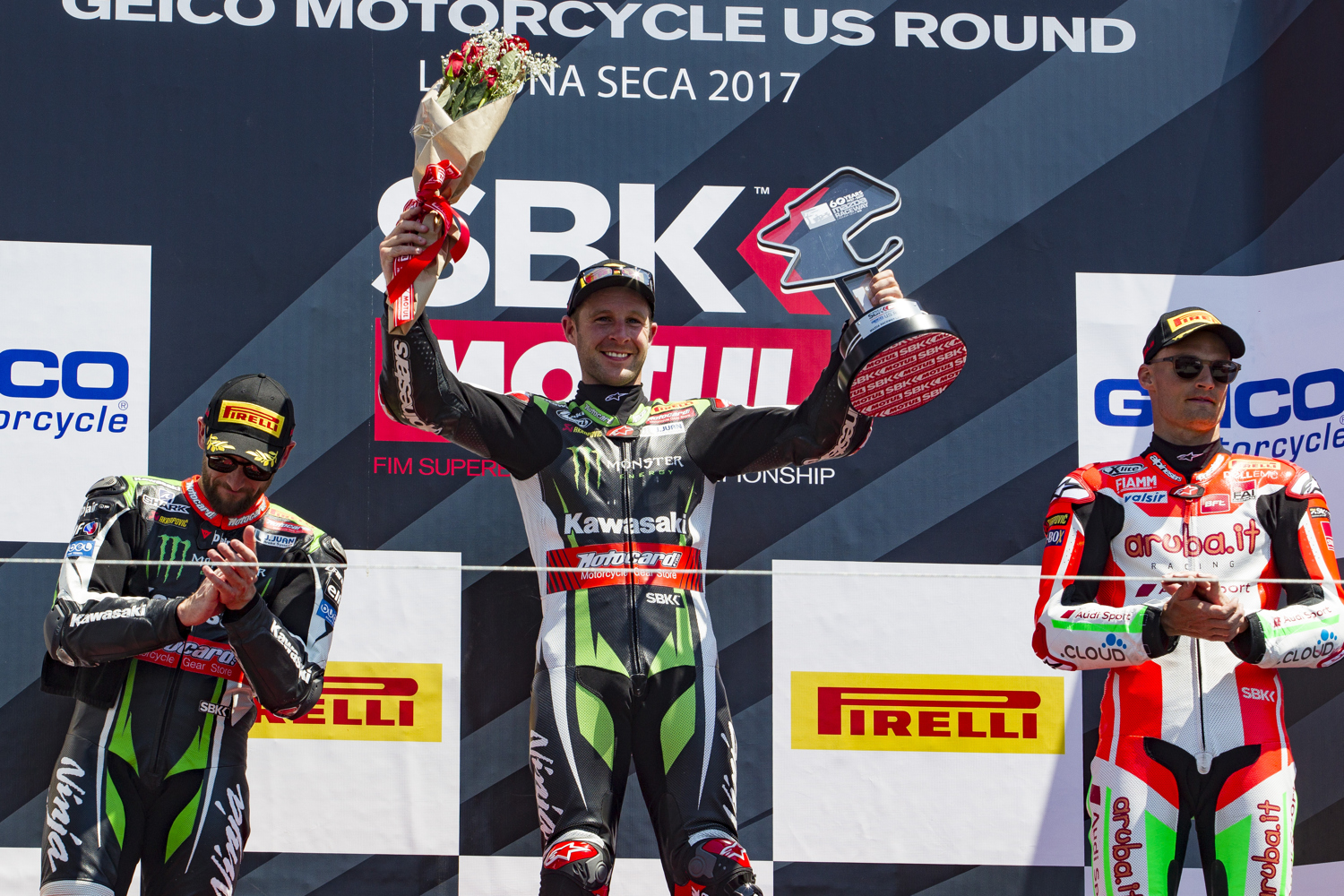 Reigning double world champion Jonathan Rea stormed to victory at Laguna Seca today in the second race of round eight in the 2017 FIM Superbike World Championship.   The win means he now enters the summer break in the season with a 59 point lead in the standings from Kawasaki team-mate Tom Sykes.  Sykes finished second today with Chaz Davies (Ducati) rounding out the podium places.

Starting from eight place on the grid Rea made a strong start behind Sykes who went into a clear lead after just a handful of corners, despite being on row three at the green light.

Rea also soon passed the other podium contenders, at record pace with a 1’23.275 set on lap two, and he went past his team-mate Sykes on lap three, easing out a gap as the race progressed.  He would maintain that strong pace throughout the race and come home just under three seconds ahead of Sykes at the chequered flag.

The main summer break in competitive action begins now, with the next race weekend not taking place until 18-20 August, at the Lausitzring in Germany. Before then the KRT team will join some rival teams for a two day test at the same venue.

Jonathan Rea, stated: “It was awesome to win today and we did it by putting 25 good laps together. Right from the first lap Tom got away and I found it hard coming through at that stage. But when I got clear I put my head down and I knew it was game on. As soon as the opportunity presented itself and went through into the lead, and set my rhythm. Even when I had started to manage the race the gap still increased - and that does not happen a lot - so it was just one of those races. We made a real step with the set-up overnight. On yesterday’s pace I felt good but I felt it was a difficult opening race. I left the changes for today to Pere my crew chief and did not go into too much detail. He came up with a good plan in warm-up and it seemed to work. Everything seemed to be coming easier and during the race I did not change anything, just played a little bit electronically with the engine braking settings. I want to thank all my team for giving me a great package and this is a good way to go into the summer break.”