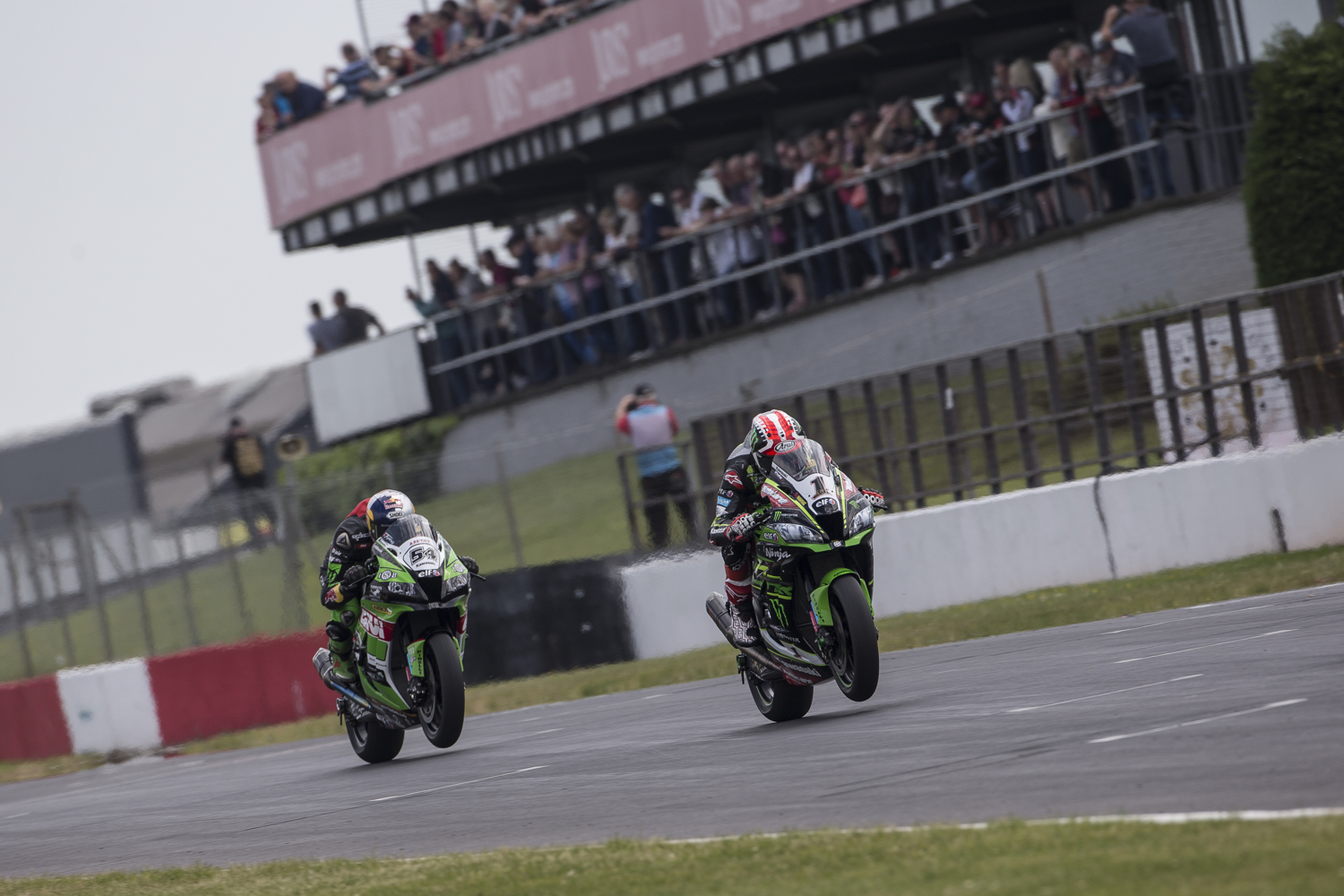 A close finish to the second WorldSBK race at Donington Park saw Jonathan Rea just lose out on his chance of finishing second, during a thrilling battle for the spectators, but with most of his main championship rivals behind him, he extended his championship lead once again.

In a dry race, the flags came out at one stage to warn of rain falling in all sectors but it came to very little and the pace was unaffected at the front. In a race that had four leaders, including Rea, there were several aggressive early passes and some thrilling overtakes, in a classic WorldSBK event in the UK.

In the championship, Rea leads by a strong 64 points after 12 races.

The next round of the championship will take place at Brno, in the Czech Republic, which is a circuit the team has tested at recently. Racedays will be the 9thand tenth of June.

Jonathan Rea, stated: “It was a difficult race because in the beginning it was very aggressive from all riders. Guys who are not usually near the front were super-aggressive. When I got a track position I could be really smooth and do my own thing. Michael passed me, made a good attack and was able to stretch that gap a little bit. I wasted a lot of tyre and energy trying to get back to him. I also ran into some arm pump under braking at the end so it was hard to start thinking about attacking Michael. I could see Toprak was coming from my pit board but there was nothing I could do about him at that point, as he had better pace at the end. The target here at Donington was to exit the weekend with more than 50 points of advantage in the championship and we exceeded that, so for me it was a positive weekend.”