Second Place Finish For Rea in Donington Race One 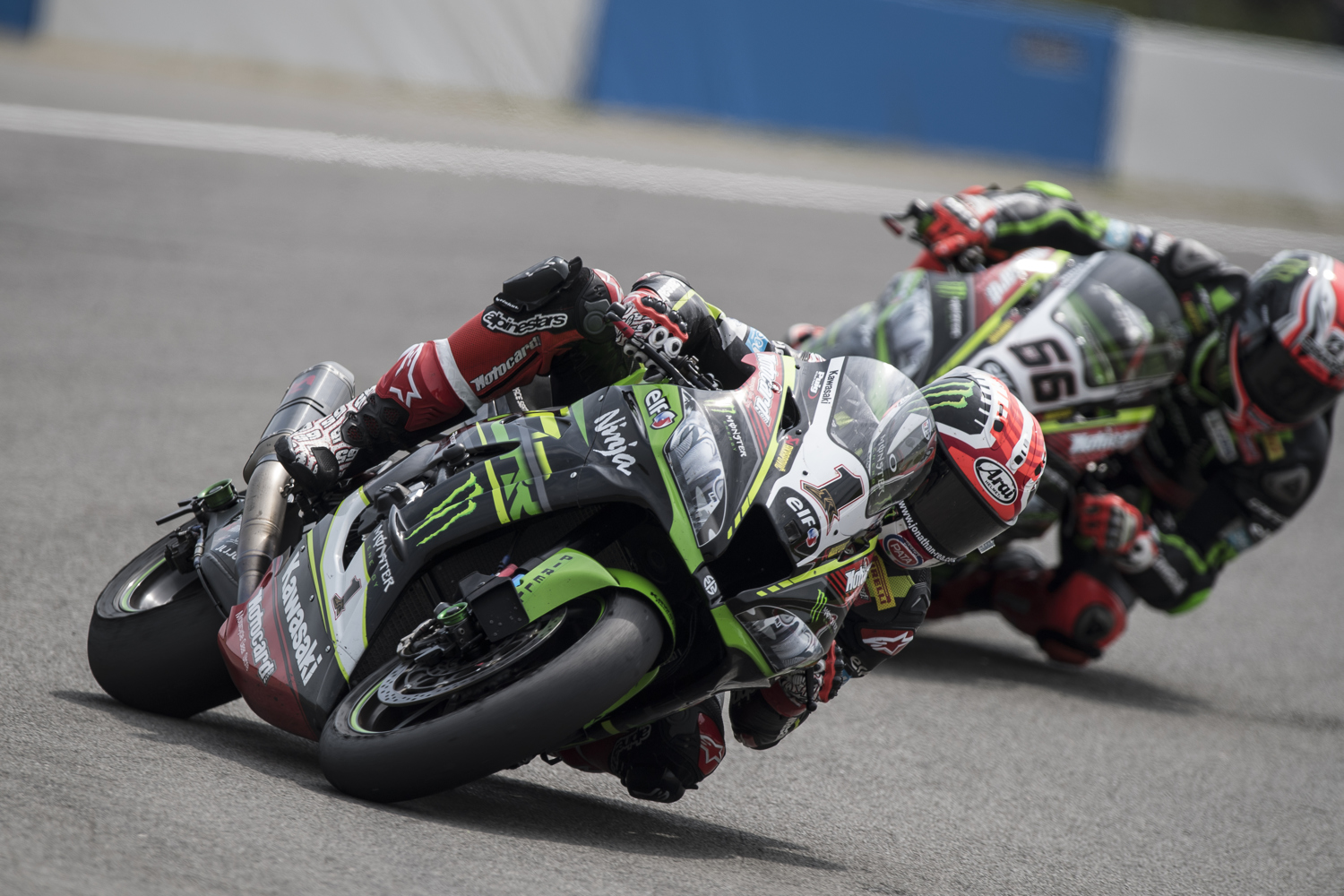 Jonathan Rea finished second today after the first 23-lap WorldSBK race of his home round at Donington Park in the UK.   The race was won by Michael van der Mark (Yamaha) with Kawasaki team-mate Tom Sykes in third.

Jonathan started the race from second place on the grid but took the lead as the field headed through Redgate corner for the first time.  He was then engaged in a race long battle with Van Der Mark and Sykes, having to settle for second place by the chequered flag.

In what were dry and relatively warm conditions compared to a damp and chilly first day of track action on Friday, Rea secured his ninth podium of the year, pushing himself 59 points ahead of his nearest championship rival, Chaz Davies, in the process.

Jonathan Rea, stated: “The bike felt good to be honest but just in the middle to end the grip level dropped and I was having to override to try and make up, especially in the Craner Curves sector, where I was losing a lot to Mikey. In the more stop and sections I felt quite OK and I could be constant. He just had a better pace. Mikey was riding well and his bike was working good but the first race gave us good information for tomorrow. In initial acceleration I felt quiet good but anywhere I was using a lot of lean angle, trying to carry momentum, I was really struggling. We just need to re-evaluate our package for tomorrow. I felt like I did the best job I could as at the end of the race the bike was becoming very physical to ride, moving a lot and I was riding a bit tense. It was not for us today.”