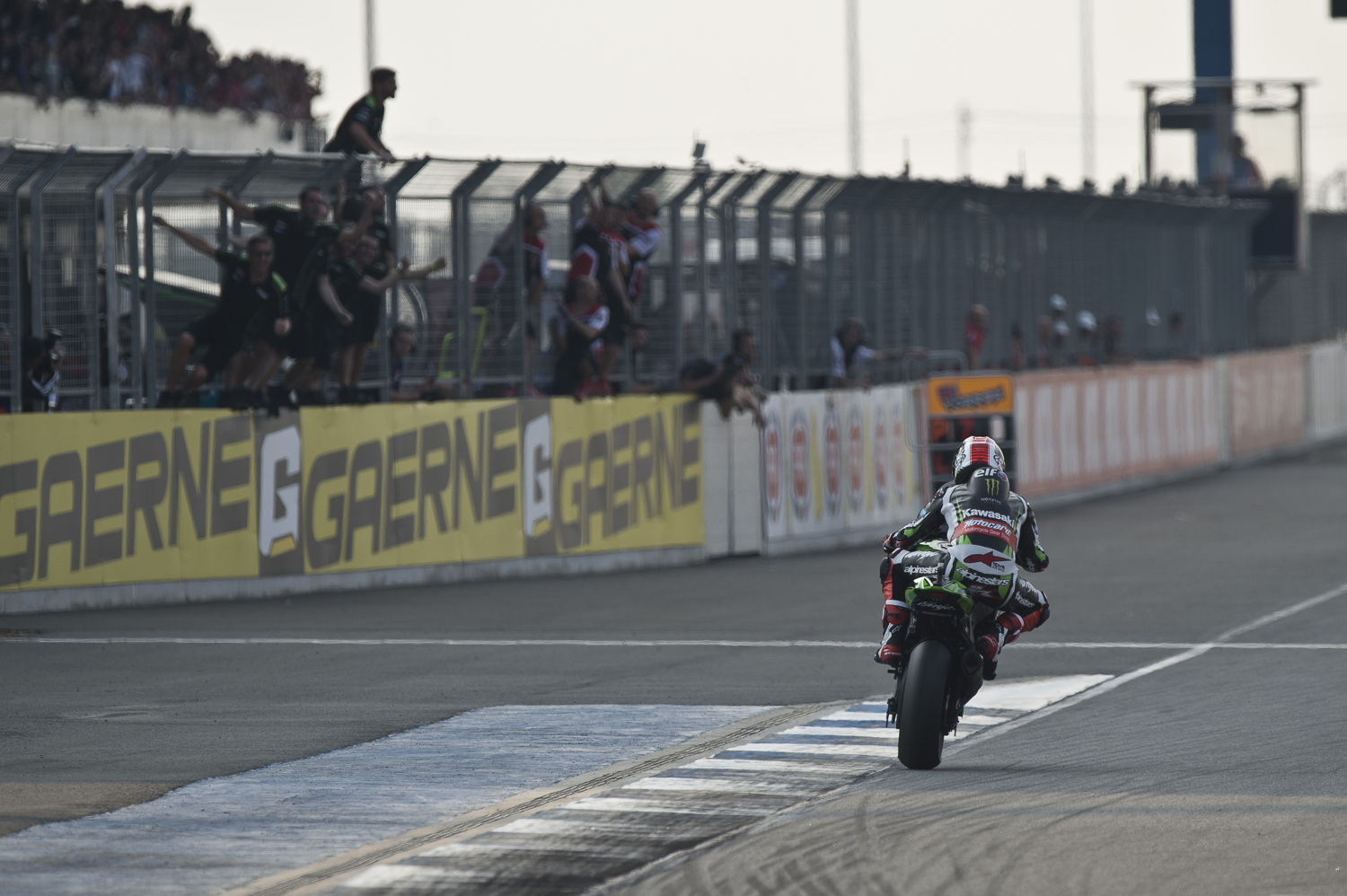 Jonathan Rea made it a hat trick of wins on the Ninja ZX-10RR at the Chang International Circuit in Thailand today.  After his stunning double win in round one of the 2017 FIM Superbike World Championship in Australia last time out, Rea continued his dominant form today in race one of the second round, finishing 6.279 seconds clear of second place finisher Chaz Davies (Ducati) with team-mate Tom Sykes coming home in third.

From the very beginning of the first Thai race, in the full heat of the afternoon, Jonathan was in determined mood, making a clear gap after just one lap of the 4.554km circuit. Other than the first and last circuits, Rea posted lap times in the 1’33 bracket, a pace which none of his rivals could match in the hot and humid conditions.

Rea also set a new lap record to add to his new track best from Superpole 2 earlier in the day, when he claimed pole position for the race. He reduced the lap record to 1’33.436 on lap five and in Superpole he had made a 1’32.957 - on race tyres - as there were no qualifying tyres available at this round.

In the Riders’ Championship Rea now leads Davies by 15 points - 75 to 60 - with another race to go this weekend.

The second race of the weekend is scheduled for 16.00 on Sunday 12th March.

Jonathan Rea, stated: “I did not know what my pace would be. I know it was fast enough to fight for the win but when I saw I had a gap of 0.4 seconds in the first lap I decided to try and put my head down as much as I could. As soon as I broke the one second mark I knew that slipstreaming was not going to come into play for the riders behind, so I just set my own rhythm. My pace was 1’33 and honestly I made a couple mistakes on some laps and was still in the 1‘33s. I managed to hold that rhythm and not try to over-push. It looks like we used the tyre a little bit on the right side but I guess that was to be expected as we were six seconds up the road at the end. I am really happy with that race.”