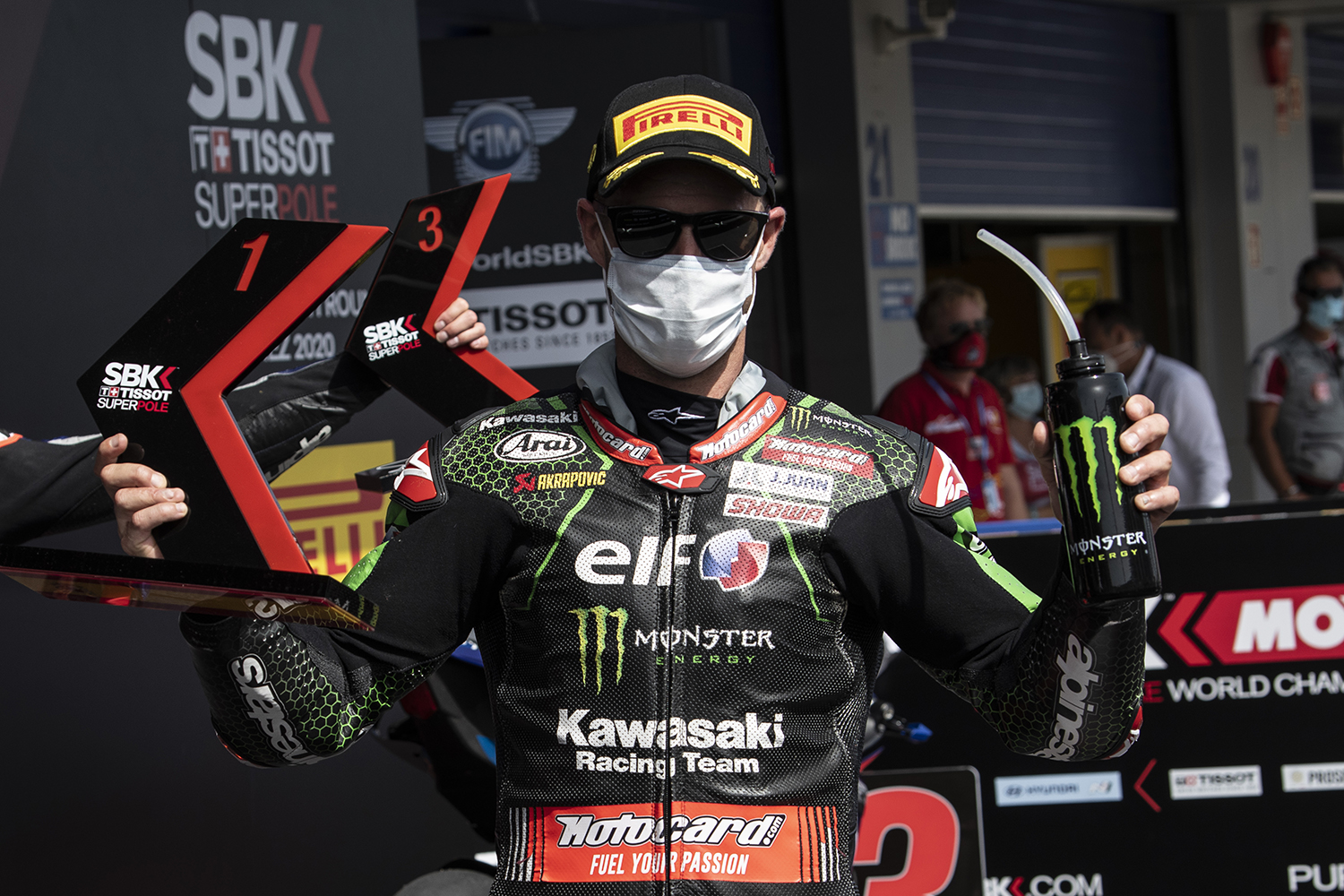 In the ‘sprint’ race, held at 11.00hrs, Rea made a strong start and the five time champion pushed hard early on to take a victory from Scott Redding by 0.522 seconds. It was his second major success of the 2020 campaign, after taking the equivalent race in Australia in round one.

This Jerez win was a new landmark record of 90 WorldSBK victories for Rea, and his 75th since he joined Kawasaki in 2015.

The final race of the weekend, over 20-laps was led by Jonathan from the start but he was passed by eventual race winner and championship leader Redding on the second lap. Unable to get the drive grip he had hoped for Rea would eventually finish sixth.

In the championship standings Redding leads with 98, Rea is now second with 74.

The championship will now move on to Portugal next weekend, for the Portimao round, between 7 and 9 August.

Jonathan Rea, stated: “This morning was very good and I felt that it was my chance to go from the very beginning. I did a 1’40.6 from a standing start which was unbelievable. I had a really good rhythm so I was able to cruise the last few laps and really enjoy the race. In race two it was hard because as soon as I got the bike on its side in turn three and accelerated towards four, it was not pushing the tyre in and going forward. I was frustrated with that. We had the same set-up as we had in the Superpole race and the set-up change from yesterday was minimal, so we need to look at the data. This circuit is the one I feared the most, especially in the high temperatures, so it is not a bad outcome.”