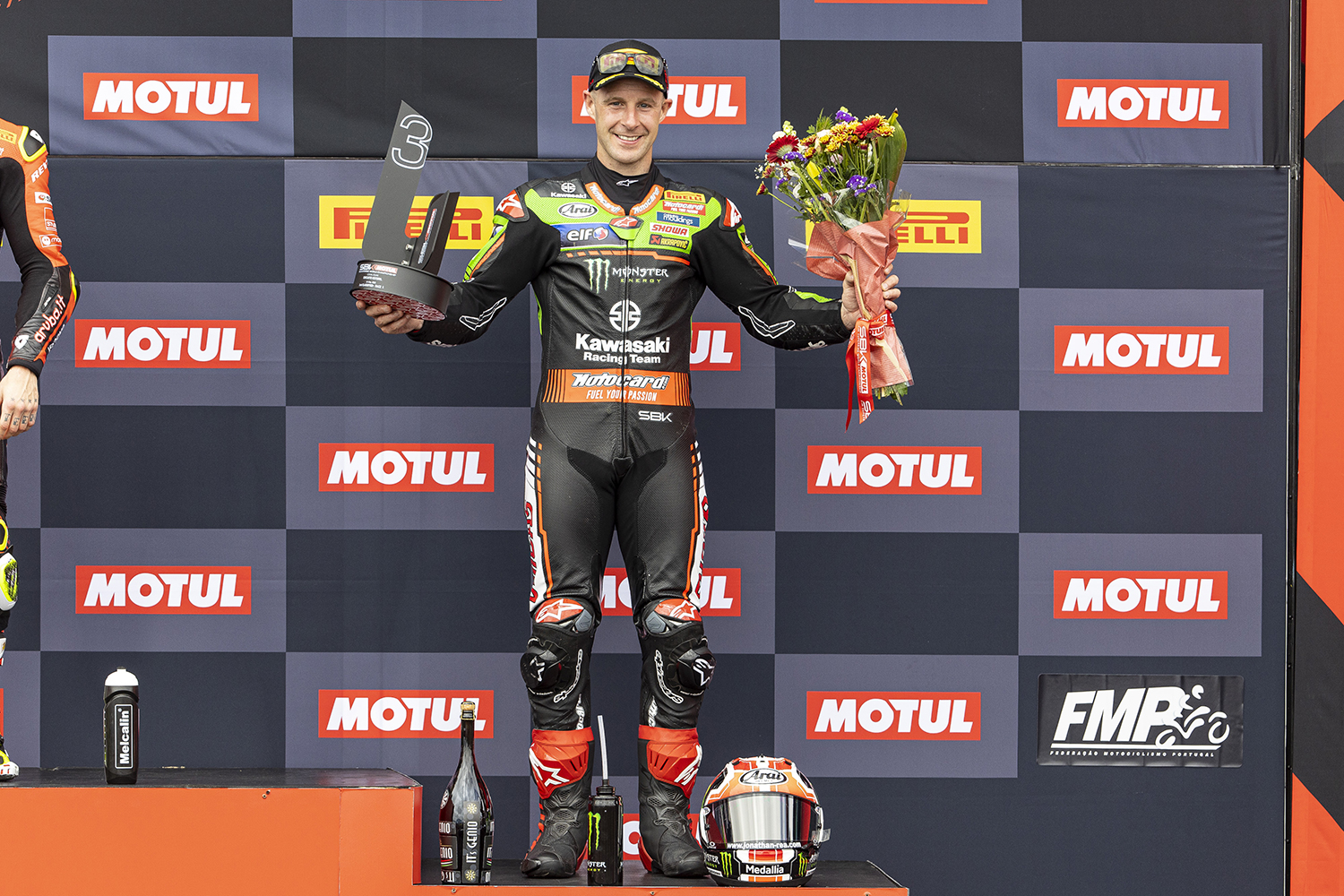 Jonathan Rea finished third in the opening 21-lap WorldSBK Race of the weekend at Estoril after battle for the lead from the first lap.

Rea started from pole position after a scintillating Superpole qualifying lap saw him set a new track best time of 1m 35.346. From the outset he was locked in a battle with Toprak Razgatlioglu (Yamaha), with the pair swapping the lead throughout the first half of the 21 lap race.

Running wide with six laps to go dropped Rea from contesting the lead and giving up second place to a hard charging Alvaro Bautista (Ducati). Bautista would go on to win the race from Razgatlioglu.  Rea would, however, take the new race lap record, with a 1’36.204 set on lap four.

In the championship battle itself the overnight points standings are Bautista 134, Rea 107, Razgatlioglu 84.

There will now be two more races at Estoril, on Sunday 22 May - the Tissot Superpole Race over ten laps and Race Two, over 21 laps.

Jonathan Rea said: “That was a fight but I just didn’t have the bike set-up in the last laps. It was moving a lot, losing traction - especially entry traction. I could not stop the same as I could in the beginning of the race. We expected a lower track temperature over full race distance. I was happy to be there in the first ten laps, and I felt faster than Toprak at that point in the race but I made a mistake at T1 in braking and the lever came back to the handlebar. I could not make any more pressure so I was jumping on the back brake just to stop. I went wide and Alvaro came through. With him there I thought, ‘maybe he can take me to Toprak again?’ but I did not have the package today to fight right at the end. I am happy with the points and the podium but we have work to do tonight to try to be a bit more competitive tomorrow.”