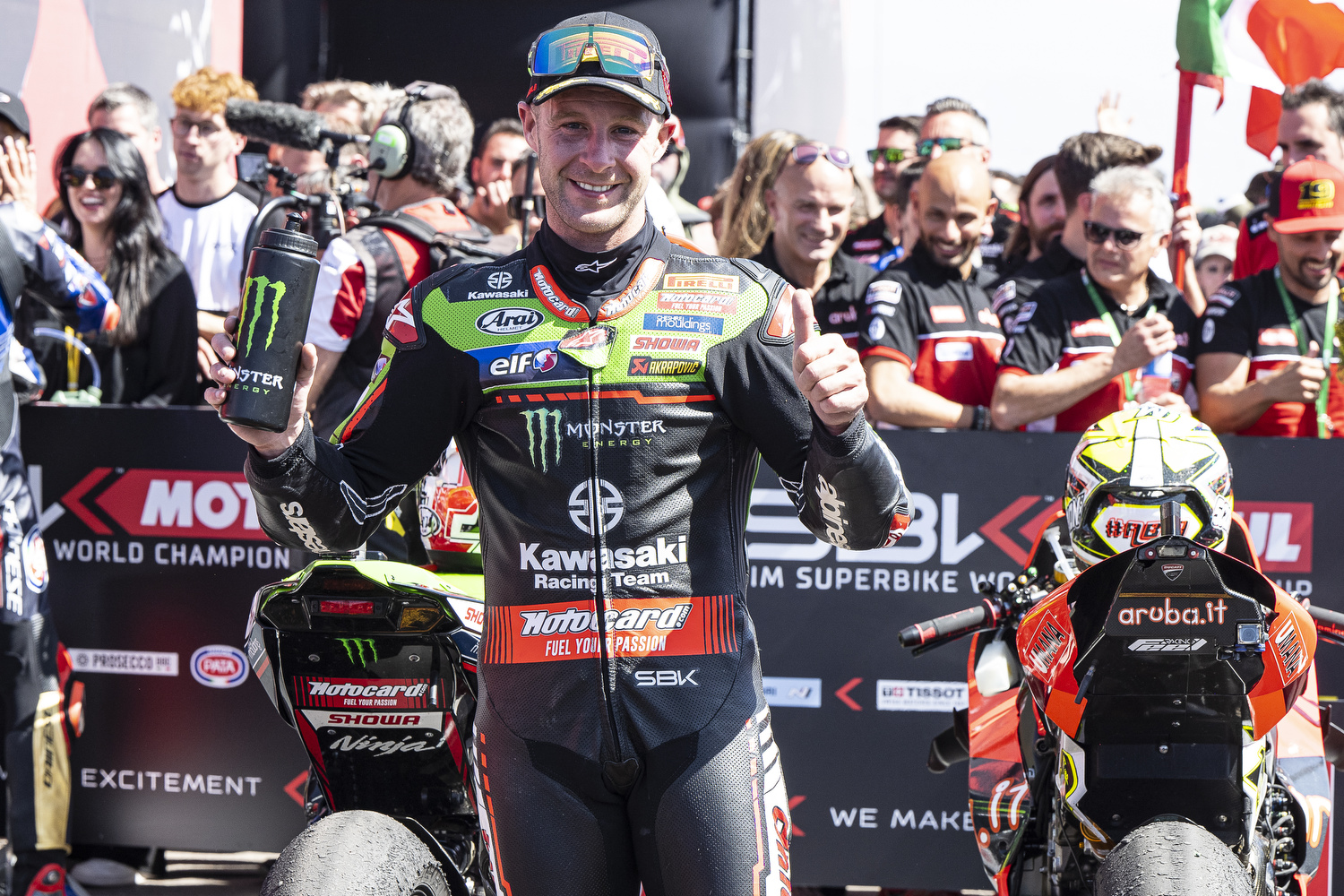 The Superpole Race, held over ten laps on Sunday morning, saw Rea lead for a time but then find a false neutral on the downhill braking section into Turn One. He ran wide and went from first position to third. He would hold that place until the end, having lost too much time to fully capitalise on what he felt was a potentially race winning bike set-up.

The second full-distance race, over 21 laps, was held in even warmer conditions than Race One on Saturday.

Jonathan set off well but did not find the rear grip he had been expecting, meaning he had to work hard for all 21-laps to get himself into a podium position at the chequered flag. He had to fight especially hard after losing track position on lap two, and fighting back from sixth.

He would eventually get into the slipstream of his team-mate Lowes, then pass with four laps to go to take another Villicum podium. Jonathan was second in Superpole qualifying this weekend, then second, third and third again in the races.

The next round of the championship will be the penultimate one, to be held at Mandalika, in Indonesia, between 11-13 November.

Jonathan Rea said: “In the Superpole race it was incredible - my pace, good feeling on the bike and grip. I wanted to go to the front because I felt that I could go away but unfortunately when I went down the hill into T1 I didn’t find first gear, I found a false neutral. I was really frustrated because I felt like I could have fought for a victory. We are not getting too many chances and I saw that as a chance. In Race Two I was really motivated after having such a good feeling in the Superpole Race but right from the get-go I had zero grip. I could tell when I tipped into T2 the bike didn’t hook up like normal. I felt like a passenger the whole race. So I got beat up a little bit. Going into T10 I couldn’t stop the bike, from the rear, so that sort of decided my race. I was with Xavi Vierge for a bit and couldn’t pass him anywhere. I had to grind him down, then same with Rinaldi, but Alex was keeping me honest. I had to dig deep to go with Alex. It was frustrating because I felt the bike was behaving itself but I also felt I had zero traction from the rear, which is something I have not experienced all weekend. Another podium, though, and a lot of points, so we have to take the positives. It was a tough race but we managed to stand on the box again.”