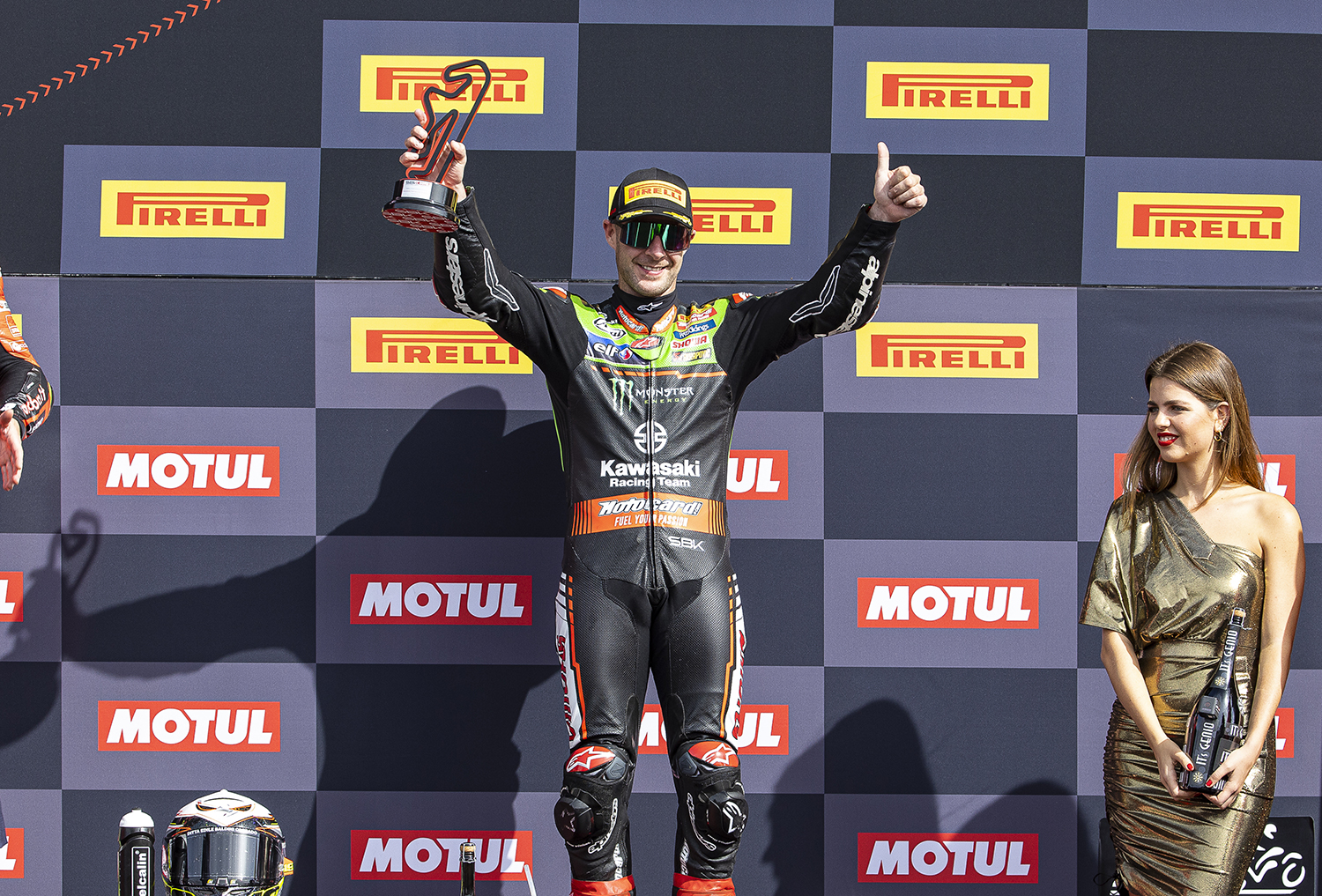 Jonathan Rea secured two third places in the final WorldSBK races at the Autodromo Internacional do Algarve on Sunday 9 October.

Once again the 4.592km long and heavily undulating circuit provided great entertainment for the fans - and a great challenge for the riders - with the final two races of the weekend proving to be tense affairs.

In the Superpole Race on Sunday morning Rea pushed hard from the start, setting a new lap record of 1’40.135 on lap four as he closed in on the leading duo of Toprak Razgatlioglu and Alvaro Bautista.  Rea would finish third, however, in the ten lap ‘sprint’ race.

In Race Two he was determined to not let early leader Razgatlioglu get away and passed him on lap one, into the tight downhill infield hairpin. Rea then tried to lead the race and control the pace to save tyre life for the all-important final laps.

He was passed by both Razgatlioglu and eventual race winner Alvaro Bautista and was unable to stay in close contention for the win, ending up third place for third time in the Portimao races.

The WorldSBK riders will now leave the European phase of the championship behind to embark on the first of three ‘long-haul’ events, at the Circuito San Juan Villicum in Argentina, between 21-23 October 2022.

Jonathan Rea, stated: “I was really on my limit today. In Race Two, when I was at the front I tried to step back a little bit to manage the tyre and not take so much risk. But when Alvaro came past and went to the front his pace was fast. I also saw the urgency of Toprak to try to disrupt Alvaro’s rhythm a little bit. That was just keeping me in the fight but as soon as he got some clear track that was him gone. Then I thought Toprak may come back to me, so I kept my rhythm, but it wasn’t enough. I really struggled in T14, getting into and around it, and when the tyre dropped it was even worse. No regrets; I did my best and just got beat by better guys today. I was frustrated to be that far back but that is our reality.”