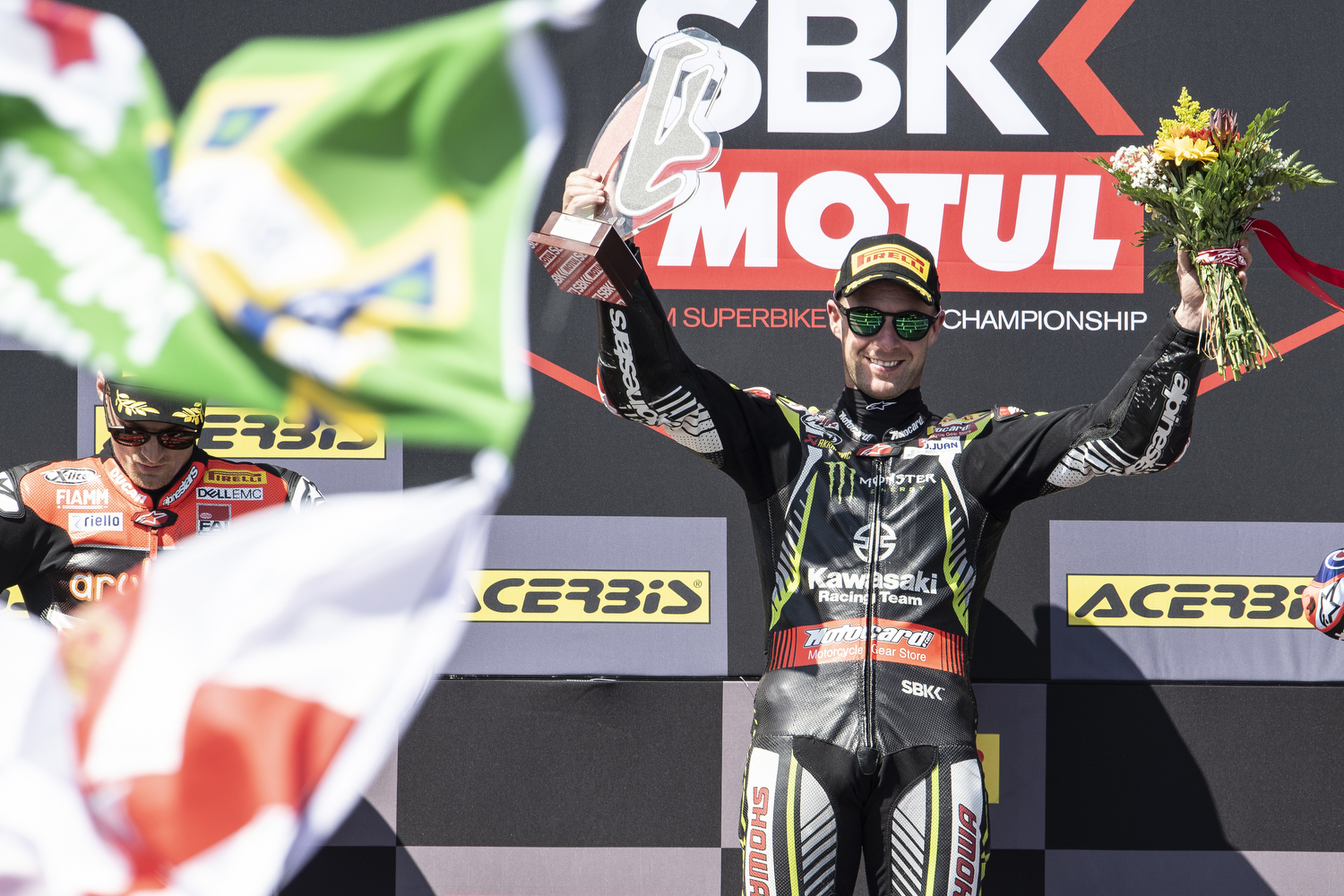 Jonathan Rea restarted his 2019 WorldSBK campaign with an impressive flag to flag Race One win at Autodromo Internacional do Algarve today.

Rea had set a new Superpole qualifying record of 1m 40.372 earlier in the day and used that pace in the early laps of the race to take a clear lead that was never challenged.  Jonathan finished the race almost four seconds ahead of Chaz Davies (Ducati) with Michal van der Mark (Yamaha) in third.  JR’s main championship rival Alvaro Bautista (Ducati) ran wide in the first corner on the first lap and dropped to 16thplace.  He did however recover to finish fourth.

This was Jonathan’s 81stcareer race win, and his tenth of this season which sees him extend his leading advantage in the championship table to 93 points.

There will be a ten-lap Tissot Superpole race on Sunday morning at Portimao, and then a full distance Race Two, over the same 20-laps as Race One.

Jonathan Rea, stated: “Thanks to my team because slowly and surely over the weekend we made the bike better and better especially in the hot conditions. I worked really hard in the beginning of the race to try and find a gap. When it got to five seconds I started getting very nervous so I started to ride to my pit-board and try not make any mistakes. Thanks to all the support out there, which means so much. I am looking forward to tomorrow because I think we can try to improve the bike set-up a little bit, especially for the end of the race - just to make things a little bit more comfortable. I certainly did not have anything left in my pocket in this race. It was target achieved today.”