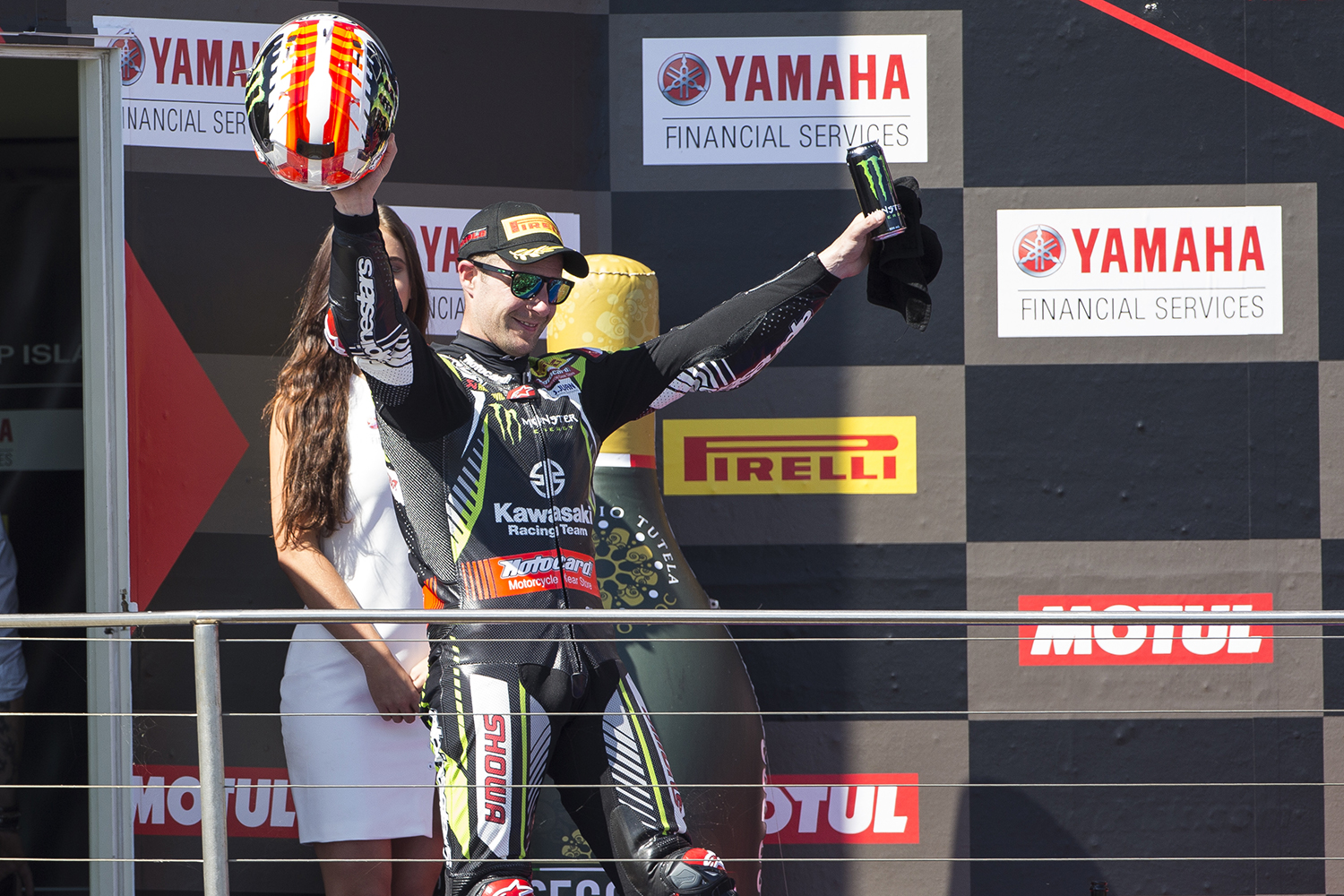 The first race of the final day of action was the innovative ten lap Tissot Superpole race, which does not count in the official statistics, but gives points to the top nine riders. The result of the race also determines the riders’ grid positions for the final race of the weekend.  Rea was second on two occasions today but will only be credited with one more podium on his official records, not two.

The second Sunday race was held over 22-laps, like race one, and for full points. Rea was again second, behind Alvaro Bautista (Ducati), and ahead of team-mate Leon Haslam, after an entertaining and close contest between the official Kawasaki riders, which went all the way to the flag.

The new Kawasaki Ninja ZX-10RR took Rea to a Superpole win on Saturday, a new track best of 1’30.075 in the Superpole race today and three second places in all. Jonathan has earned 49 championship points after round one, and sits 13 points behind the lead.

The second round of the 2019 WorldSBK Championship will be held at the Chang International Circuit in Buriram, Thailand, with race weekend running from the 15thto the 17thof March.

Jonathan Rea, stated: “We made a little change from yesterday, to make the bike a little bit calmer, and I feel we achieved that. Our race time was faster than yesterday and I am happy with the results of the weekend. I am a little bit disappointed in the classification because the gap to the front is too much. We expected a really difficult race here. I have always had to fight for results here, so to come away with three second places, a pole position and an outright fastest lap in the Superpole race; I am satisfied. Of course, there is definitely still work to do. We could not risk a bit more today than yesterday. After race one, in Parc Ferme my tyre was almost the best, but I rode a slower race. Lots of other guys were having issues, so today with the temperature going up in the final race I had the same frame of min, to just trying to get to the end of the race and not abuse the tyre.”