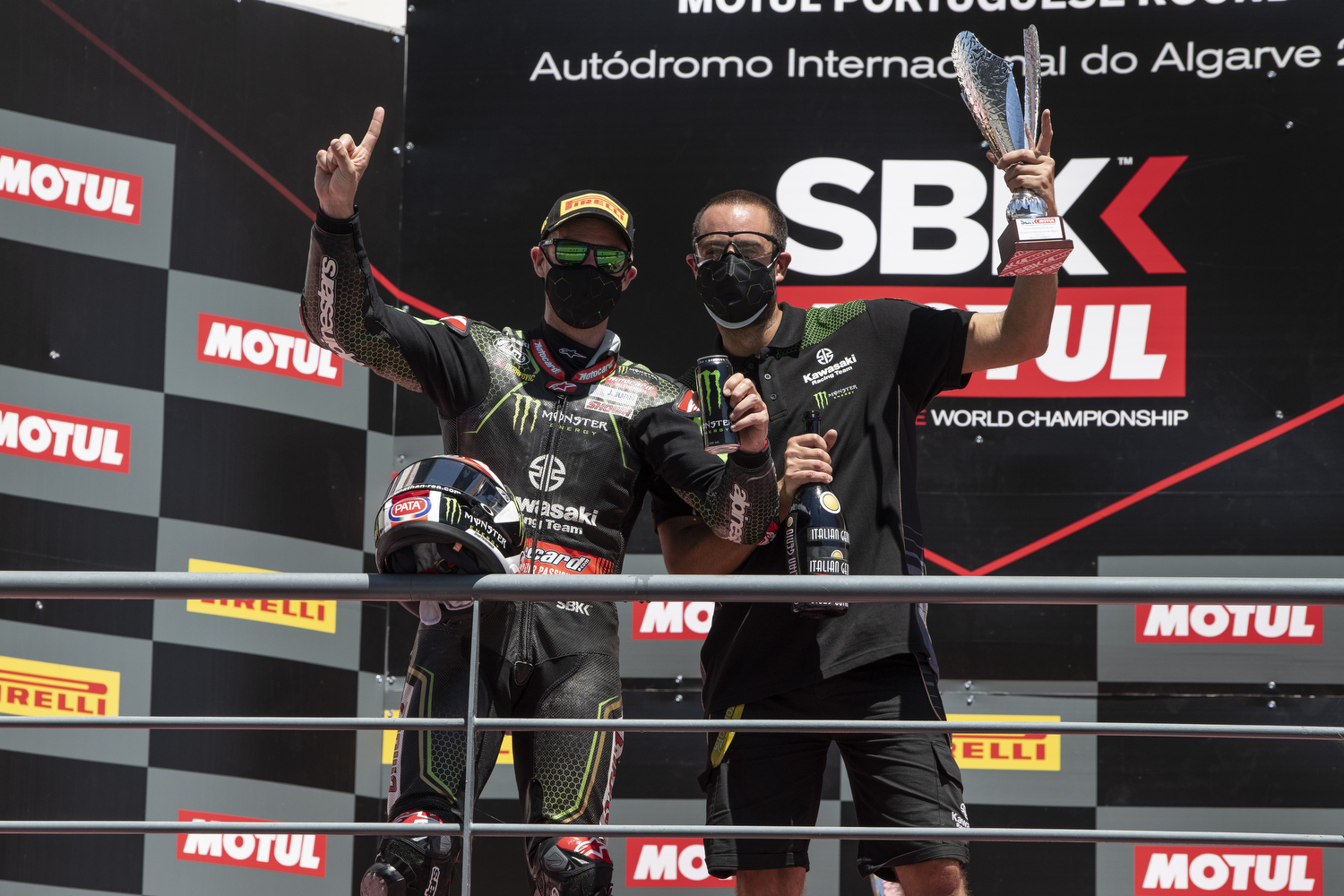 In warm and dry conditions at the undulating 4.592km circuit in Portugal five times champion Rea took his personal race win tally at this venue to ten. Jonathan eased out to an early lead that would grow to over five seconds at the flag from Toprak Razgatlioglu.

Today’s race win was the 150th for Kawasaki in the overall history of the FIM Superbike World Championship since the start in 1988.

Rea took his first long distance race victory of the season, after winning the ten-lap Tissot-Superpole races in Australia and, most recently, Spain.

In Tissot-Superpole Rea took his 24th career success in this specialised aspect of a WorldSBK race weekend, earning the best starting position.

Today’s victory for Rea closes the gap at the top of the championship table to eight points as series leader Scott Redding finished seventh today.

There is a lot of racing left in the Portuguese weekend, as Rea and Lowes will now face one ten lap Tissot-Superpole race and then a second full 20-lap race two, both to be held on Sunday 9 August.

Jonathan Rea, stated: “A great weekend so far. We arrived focused on the race and we knew it was going to be a hot 20 laps. The work we have been doing in the summer in the ‘pre-season’ before the restart has been really good, especially in the heat. I was able to understand the level of tyre drop and adjust my position on the bike accordingly. I really enjoyed the race because when the gap on the pit board is increasing, it is a lot of fun. Thanks to all the Kawasaki Racing Team because I think we got the best out of the Ninja ZX-10RR today. We learned a lot for tomorrow as I think this is the first time I did 20 laps in succession this weekend. Just at the end of the race there are still some things we can try to improve for tomorrow. All-in-all, a really positive day.”