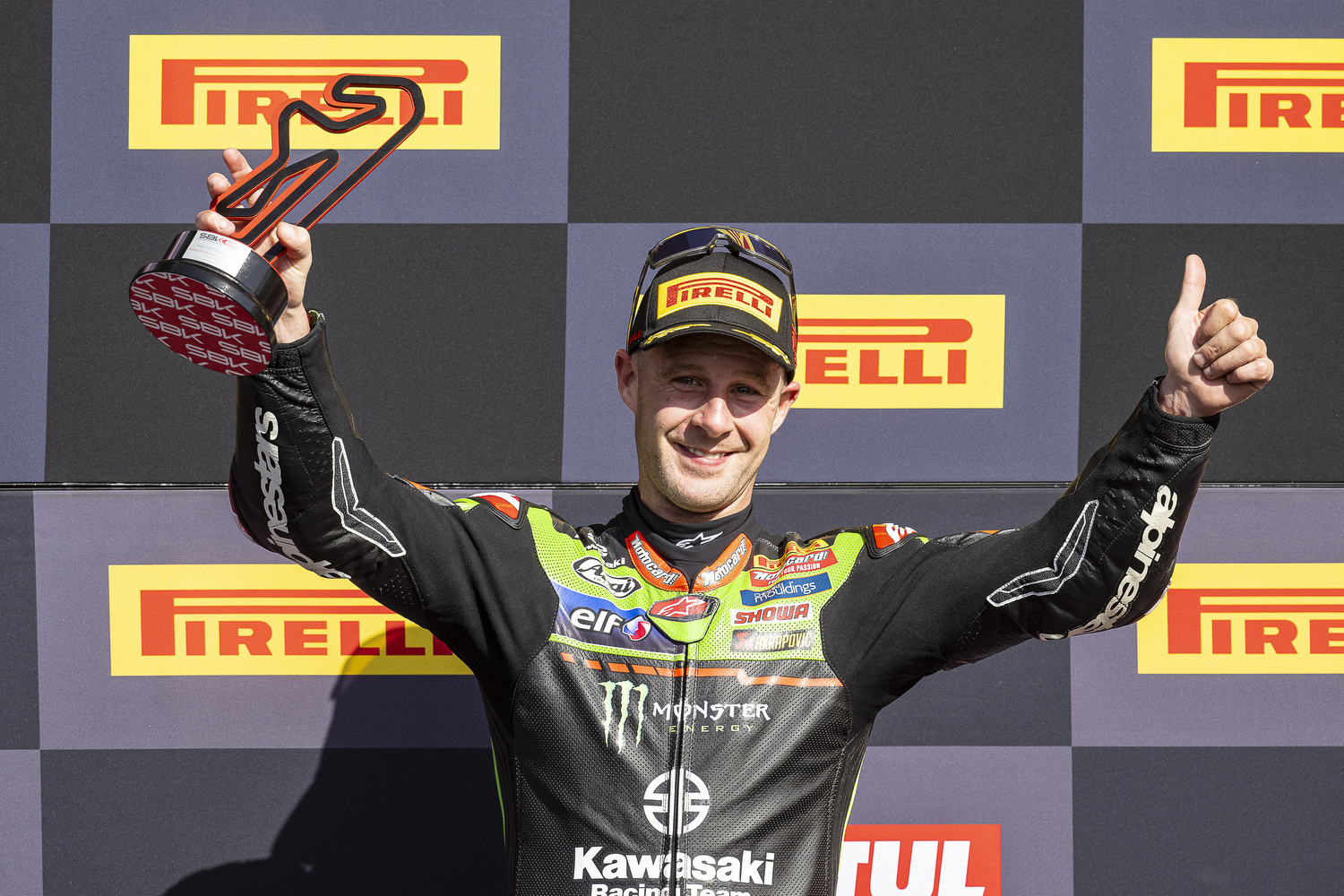 Jonathan Rea finished third in a shorter than expected opening WorldSBK race at Portimao today. Raced over 14 laps, instead of the planned 21, Rea fought hard at the head of the race with championship rivals Toprak Razgatlioglu and Alvaro Bautista to finish on the podium.

Earlier in the day Jonathan secured his fifth Superpole win of the year, and the 40th of his career, with a new track best lap-time of 1’39.610. Rea smashed the previous record despite there being no SCQ qualifying tyres available for all the riders this weekend.

Rea started well from pole position and led the first five laps until he was passed by eventual race winner Razgatlioglu. With five laps of the 14 to go Bautista came through, then ran wide, allowing Rea to reassert himself in second place for a short time. Bautista passed on the main straight on the next lap and Rea would end up third at the flag.

Jonathan Rea said: “The Superpole lap was incredible. When the bike had grip I felt I got everything out of the lap. Aside from a little slide on the final corner it was perfect. It was nice to get that and when you are competing at the front that launch from pole position is everything. I got a good start that I was happy with. I went with the harder option rear tyre, of a stiffer construction, and that was always in the plan after a long run yesterday. I knew it would potentially be a bit more competitive than the SC0 tyre. When the race changed to 14 laps, not 21, it changed our strategy a little bit. We stuck to our guns and raced the harder option. In hindsight I just missed a little bit of grip, especially in the middle part of the race, when the first drop of the tyre came. I made a couple of small mistakes and Toprak broke the tow a little. Then Alvaro was coming, with a good pace. I couldn’t fight with him as he took so much time out of me in sector four and the beginning of sector one. I was riding on my limit just to keep the gap.”