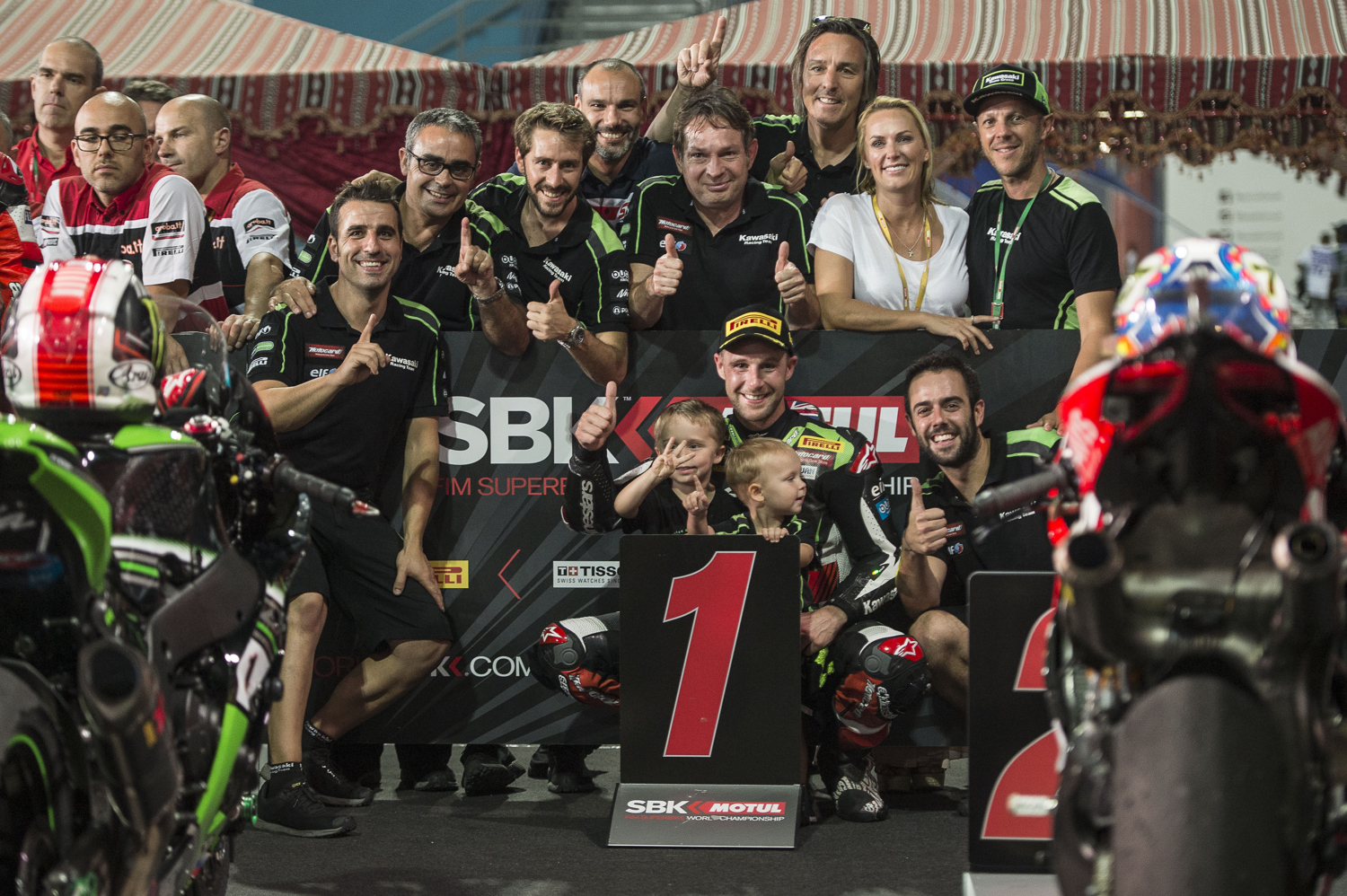 The opening 17-lap FIM Superbike World Championship race of the final round saw Jonathan Rea record his 15th race victory of the year, surpassing his previous personal best of 14, which he set in 2015.

From pole position, which he earned with a new track best of 1’56.228 earlier in the day, Rea was unstoppable out front under the floodlights in Qatar, winning by almost five seconds and easing up over the line. His Superpole win was his tenth for Kawasaki, and his sixth of the season.

This was Rea’s first WorldSBK race win at Qatar, and also the first for a Kawasaki rider at the 5.380km circuit in the desert near the capital city of Doha.

In taking his victory today Jonathan is now second in the all time WorldSBK race win rankings, with a career total of 53. Only Carl Fogarty, with 59, has won more races across his career than Jonathan. Should Rea win the Saturday race at Losail, the last one of the year, he will take the record points total in one season to add to all his other achievements in 2017.

The final race of the year will take place at 21.00 local time, on Saturday 4th November.

Jonathan Rea, stated: “It is nice to score one more win than Troy but I never thought about the stats at all. I just wanted to win a race here. I never thought about the potential points record or anything. Now that looks - with the way we rode today – like it is possible. I thought coming here to win, where Chaz was so strong last year, would be really difficult. But it seems like we have found a little bit extra this end of season, to be honest. Of course we have improved the bike, especially in the chassis area. I feel I have a lot more confidence than last year, I feel that I am riding better than ever and physically I feel in much better shape. I have just been training myself a lot smarter. So it is a combination of many things. The total package of the bike is really good and balanced.”