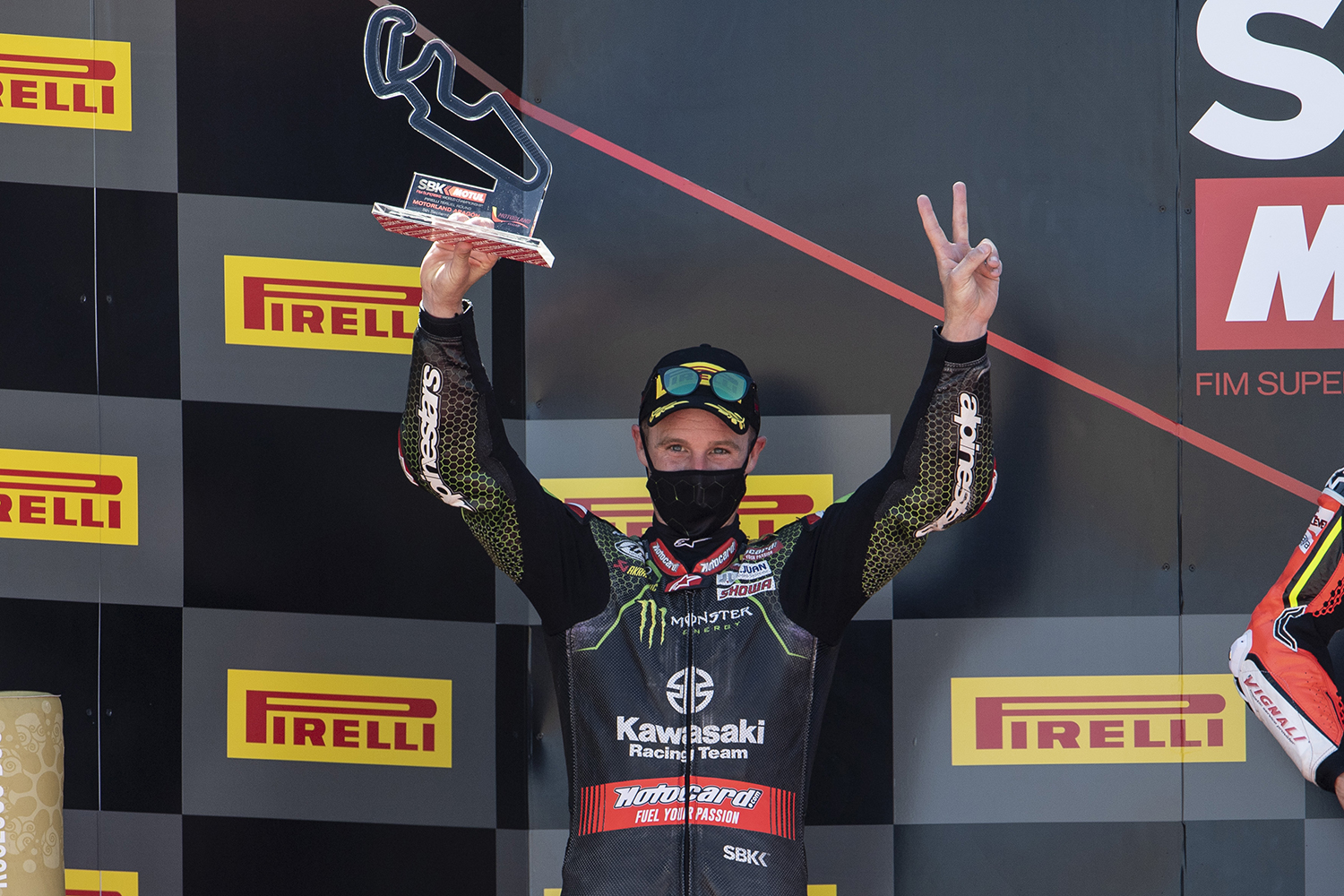 In Tissot-Superpole, shortly before race one, Rea equalled the number of career Superpole trophies of Troy Bayliss – 26 – to go joint third in the all-time rankings for this specialised form of grid qualification. Jonathan beat his own previous track best from last weekend’s race - 1’48.860 - with his 1’48.767 from today.

In the opening race of this, the Teruel round, held at the same Motorland Aragon circuit as the previous WorldSBK event last weekend, Rea made a clean start but was soon overhauled by first time race winner Michael Ruben Rinaldi.  Rea kept up a strong pace to take his 11th podium finish of the season, and 20 important points after a race in which his main championship rival, Scott Redding (Ducati), crashed out and failed to score any points.

Tomorrow – to complete six individual races at Motorland over two consecutive weekends - there will be a 10 lap Superpole sprint race in the morning and then a second full distance 18-lap finale at 14.00.

Jonathan Rea, stated: “Track position at Motorland is everything so we put a lot of concentration into that Superpole lap. Thanks to the guys for giving me a great bike and the lap was good. I decided to go early in the Superpole session because I thought that if I could go out on track just on my own, with no distractions, there would be no excuses. I was super-happy with the lap time and a clear view into T1. I knew that if I could be in front I could dictate the pace more. With the temperature going up the softest SCO rear tyre would be an option for a lot of people, so sitting on the grid I knew I might have to attack and defend on different fronts, and manage my race accordingly. When Michael came through it was obvious which tyre he was on because in two corners he had a gap. I was hoping he would come to me as the race went on but Michael did a really good job.”