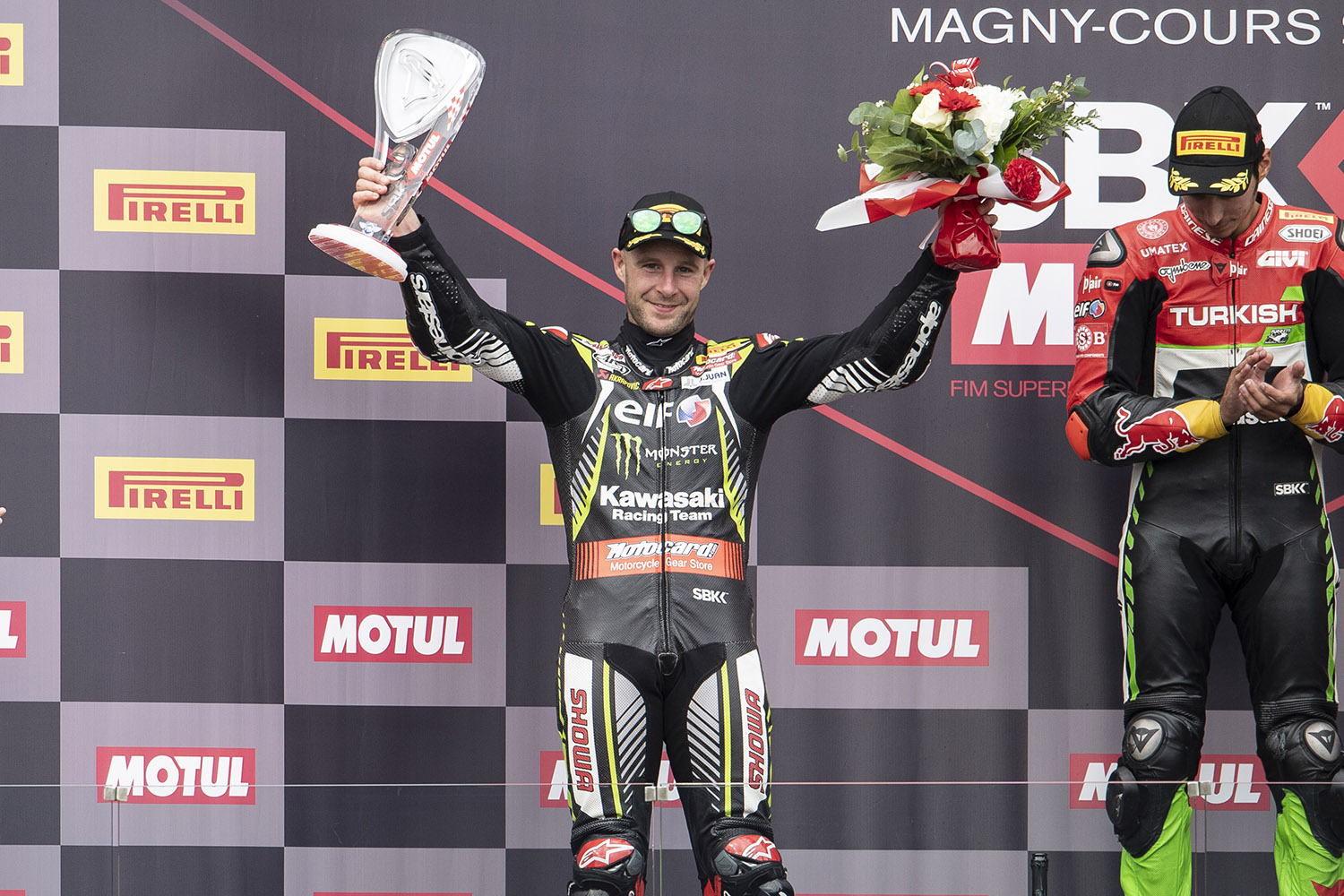 Jonathan Rea came within 0.240 seconds of winning an unpredictable and exciting 21-lap WorldSBK race at Magny Cours today but it was Toprak Razgatlioglu (Turkish Puccetti Racing) who won for the first time in WorldSBK.

Rea qualified on pole for WorldSBK’s 800th race – also the 800th participation for Kawasaki as a manufacturer.  It was his sixth pole position this year and the 22nd of his career.  He was unable to get clear in the early laps of the race and was involved in many close battles, providing fantastic entertainment for the fans but making it a nervous time for much of the race.

After long-time leader Michael van der Mark (Yamaha) fell, with Rea closing in behind, Jonathan took the lead for two of the final three laps. Razgatlioglu closed in on the final sector of the 4.41km circuit and took advantage of an opportunity to pass, winning his first race at this level.

Jonathan Rea, stated: “I made a small mistake in sector two. With the gap on my pit board with a few laps to go, I was convinced that by keeping a good rhythm it would be OK, but that mistake gave Toprak the opportunity to make a manoeuvre in sector three. That is how it is. So if I try to look from the outside, from the championship point of view, it has been a strong race. But I am also a little bit disappointed because I did most of the work to put myself in a good position at the end, and we couldn’t finish the job. We have got two more chances tomorrow.”