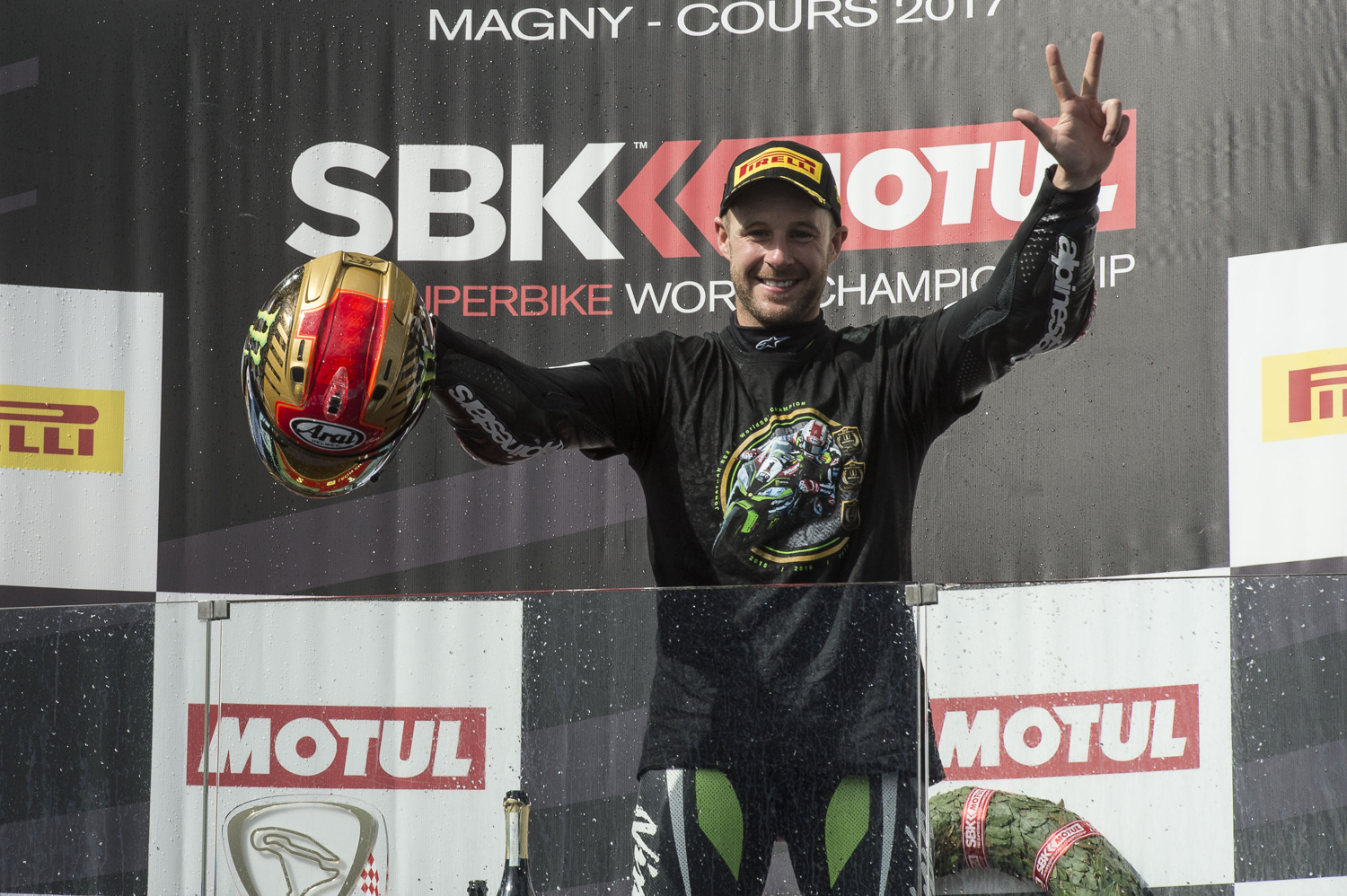 Kawasaki Racing Team’s Jonathan Rea made history today by becoming the first rider to win three consecutive FIM Superbike World Championships with a dominant win at Magny Cours in France.  Starting from pole position Rea immediately signaled his intentions by taking the lead into the first corner and went on to win the race by over 16 seconds in what were treacherous wet conditions.  Kawasaki team-mate Tom Sykes finished third behind Marco Melandri (Ducati)

An historic third championship win in succession for Jonathan Rea came after his 12th win of the season, which was also the 50th of his WorldSBK career. He has led the 2017 title race from the outset after victory in the first race of the season at Phillip Island in Australia so it was fitting that he should clinch the title with another victory today.

Jonathan celebrated his latest championship success trackside with a three-pronged golden trident – symbolising his three championships in succession - and a special crash helmet design, before coming back to pitlane to celebrate his historic achievement with his team and KHI personnel.

Jonathan Rea, stated: “I have no words right now. I have sacrificed so much in my life, as have my parents and everyone involved in helping me get me to this level. To win the championship the first time, the second time and then go three times in a row – I cannot compute my feelings right now. My thanks to all the team, every single member of the team, and everyone from Kawasaki back in Japan. Most of all I want to thank my wife and kids who sacrifice so much. To win this race was special. Winning a race to win the championship is not something I have done before, so I was important for me to do that. I also scored my 50th WorldSBK race win in WorldSBK as well.”