REA ON RACE ONE PODIUM 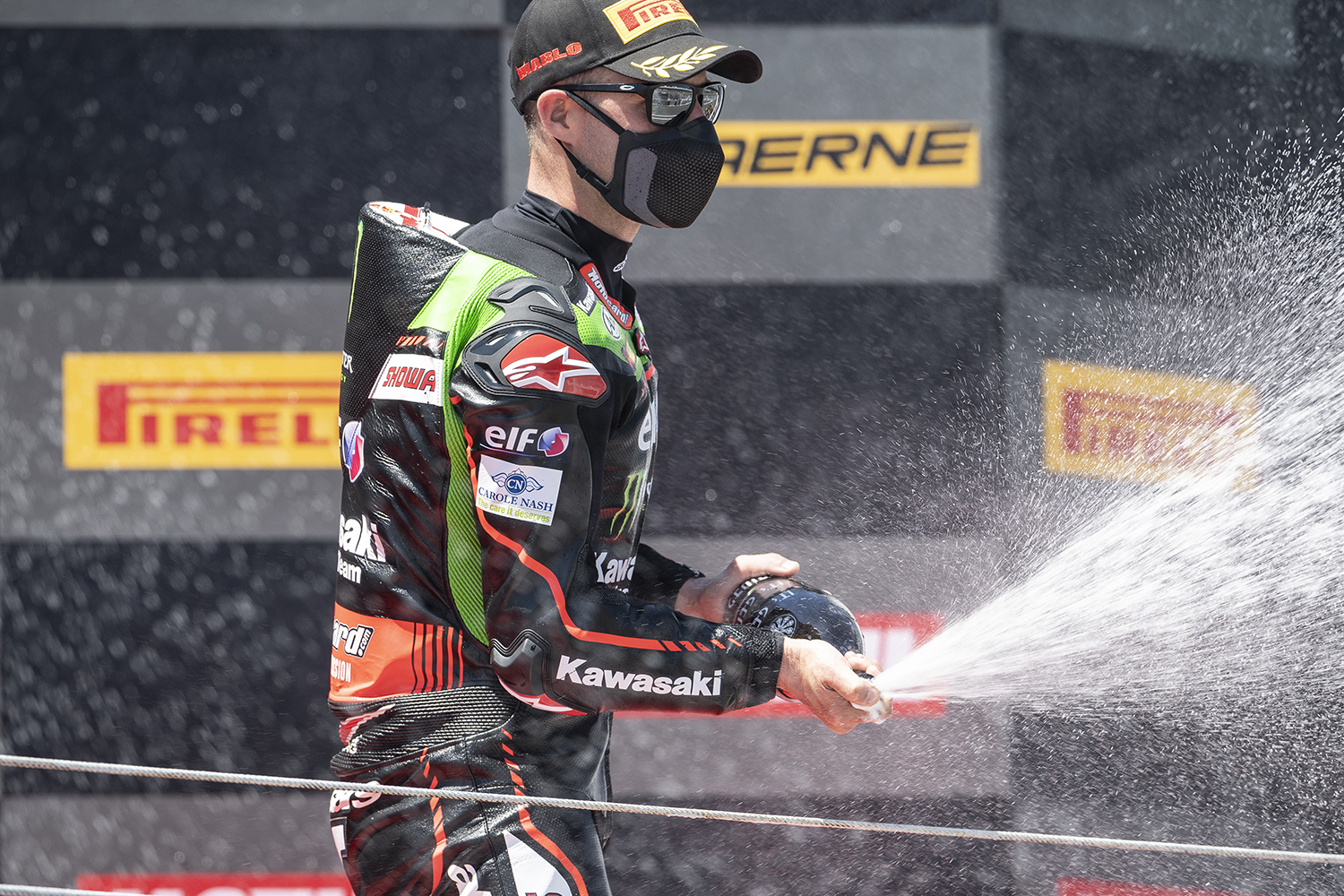 Jonathan Rea secured third place after a tough and determined showing in the first race of the FIM Superbike World Championship round at Estoril in Portugal today, just under one second from the race winner Scott Redding (Ducati).

Rea had a hard fight in the final laps with second place finisher Toprak Razgatlioglu (Yamaha) but was not quite able to pass at the end. Jonathan’s third place was his fourth podium in four starts this season so far.

In Superpole qualifying earlier in the day Rea stormed to a new track best lap-time of 1’35.876 to claim pole position. It was his 29th career Superpole success but a quarter century of pole positions with KRT as today delivered his 25th Superpole since joining Kawasaki’s official WorldSBK squad in 2015.

Racing continues tomorrow with the ten-lap Tissot Superpole Race at 11:00 (GMT +1) before the final 21-lap Race Two later that day. After the Estoril weekend has been completed, Misano in Italy will host round three, between June 11 to 13.

Jonathan Rea said: “Yesterday I thought that this race would be a little bit different. We made the bike much better today and winning Superpole helped to have track position in the first lap. But it is such a long start straight at Estoril I was just a gauge for other people making a holeshot to brake. I made a mistake and Rinaldi came past. When he did that I just lost grip a little bit and I had to work so hard to catch back up. I was getting there, and I felt my rhythm was the same as the leading guys at the end. I was just not really sure where I could pass. I am happy to be on the podium because I was terrible here last year. I never found a rhythm with the track. This morning I felt like I had a good rhythm and continued that today. It was quite clear to see where I was losing and it is very hard to rectify that right now. Step-by-step, we are improving.”