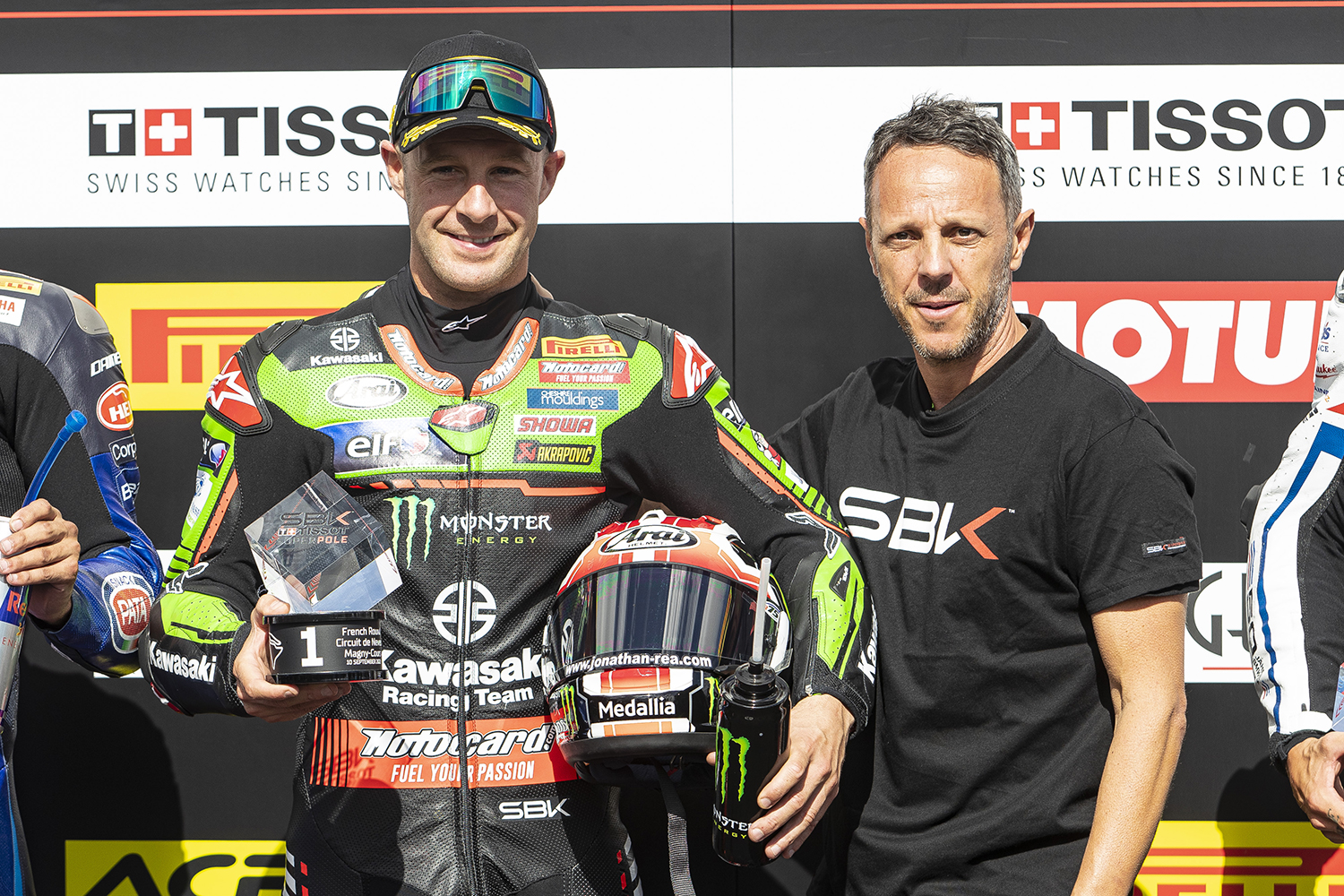 Jonathan Rea started today’s WorldSBK race in Magny Cours from pole position but an early fall saw him miss out on a points score.

Before the first race had even begun there was a historic moment of drama in Superpole qualifying. On a dry track surface Rea had set a 1’36.124 lap time to lead the field only for Toprak Razgatlioglu to equal his time - right down to the thousandth of a second.

Two riders setting the exact same time in Superpole qualifying had never happened before but in any case Jonathan was confirmed in pole position because his next best lap time was better than Razgatlioglu’s.

In the race Rea was looking good for a strong race result after going third on lap one but he was to fall entering the final chicane on lap three. A sensor located near his bike’s front left brake calliper had touched the high inside kerb and lifted his front tyre off the track surface while at full lean angle.

Jonathan slid off the track, without injury, and restarted the race. He went into the pits for a short time for his team to make repairs and he completed the race, finishing one lap down on the leaders.

Jonathan Rea (Kawasaki Racing Team): “Today was frustrating because it was the smallest of margins in the crash. I got caught out by the brake disc sensor, underneath the air duct for the front brake calipers, which just touched the kerb at the entrance to the chicane. At full lean angle this was just enough to pick up the front. The bike was pretty bent when I crashed and I could not get the handlebar into position to be comfortable. I pitted, as I was so far behind, just to get more comfortable. That was enough to let us do 20 laps to understand the bike set-up, the drop of the tyre, positives and negatives. So I am pretty satisfied that I did not give up and quit when it would have been easier to throw the towel in. I am very grateful to my mechanics who encouraged me on my pitboard every lap. We got no points but we got some data. Superpole was cool. I did not know why it went to me at first but because I did the second best lap time, I got it. It was a nice way to start the day.”