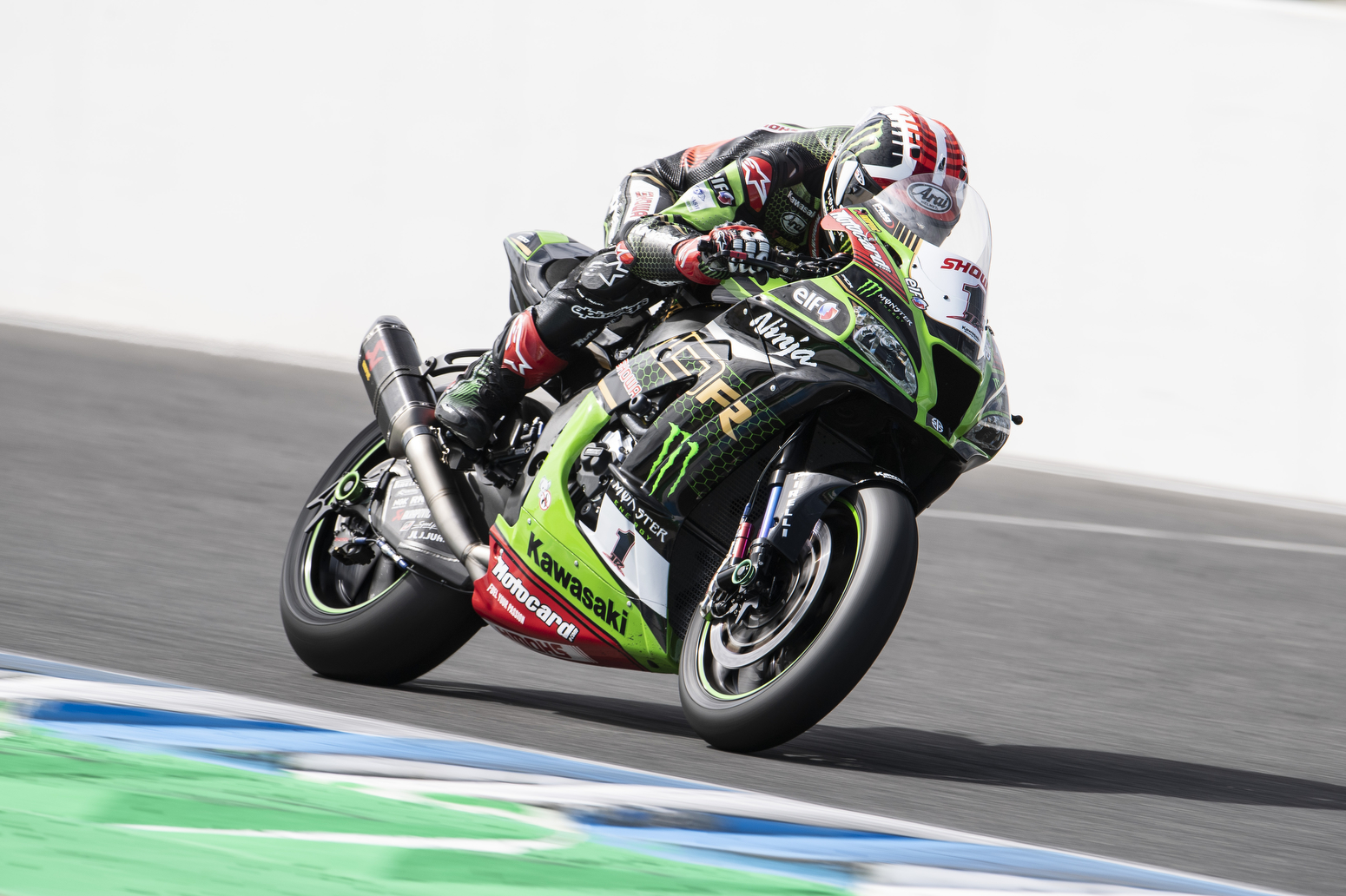 Jonathan Rea experienced one wet and one dry track session on the first day of practice during the opening round of the new season at Phillip Island in Australia today. Rea ended up sixth fastest.

After two days of official tests at Phillip Island earlier this week on the Ninja ZX-10RR Jonathan concentrated today on trying to maximise his race pace, rather than go for a single fast lap time from the outset, to make sure he approaches race one on Saturday afternoon in the best possible condition.

As well as finding a different grip level from the asphalt compared to the recent tests, after overnight rain and then two heavy showers today that made FP1 fully wet, Rea worked on final raceday tyre choices as he starts his campaign to become a six time world champion.

Jonathan Rea, stated: “The bike set-up was quite similar to the recent test but I did not feel as good today and we did not make too many changes. We concentrated on testing both the new option tyre that Pirelli brought and the standard tyre we had at the tests. Both have different feelings, some positive some negative. So we need to look a bit deeper at why the feeling was not so good and there is clearly a lack of grip compared to the tests. Tomorrow morning, depending on the grip level, hopefully there will be a lot more rubber down from the support classes, and the track will be a little bit different. It is always a difficult one when you have a lot of rain. But I feel we are not so far away.”