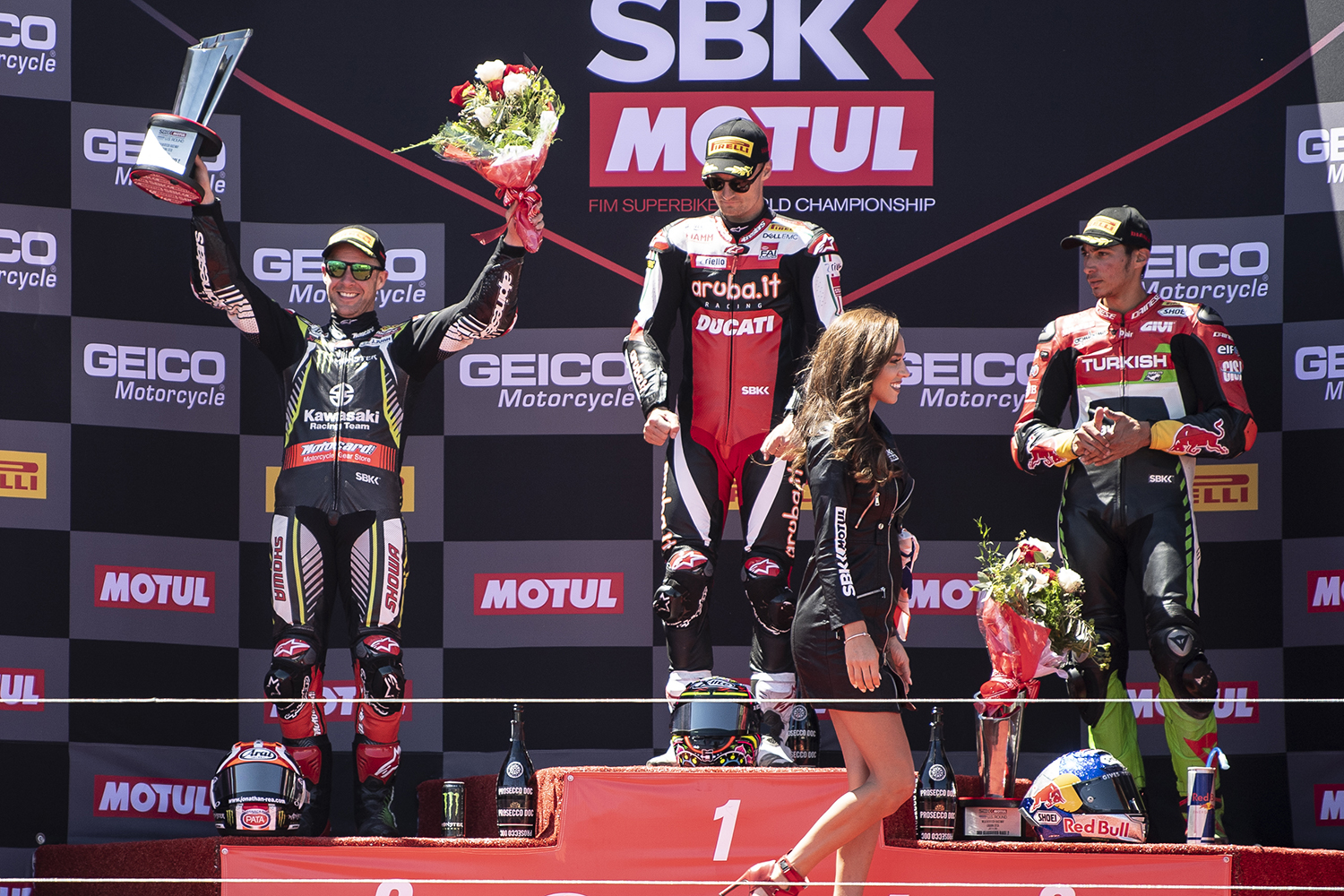 Jonathan Rea took victory in today’s 10-lap Tissot-Superpole race at Laguna Seca and followed it up with a second place in the afternoon’s  WorldSBK race two, which was won by Chaz Davies (Ducati).

Jonathan set a new lap record of 1’22.700 in the Tissot-Superpole race to take his total of 2019 race victories to nine after winning the opening Laguna Seca race on Saturday.  This lifted his career race-winning total to a new and unparalleled height of 80 (part of 156 total podiums).

For the second time this weekend former championship leader Alvaro Bautista (Ducati) fell in the Superpole race, and he could not make the restarted race after it had been stopped due to a red flag incident.

Finishing a strong second behind Davies in race two Rea extended his championship points lead to a remarkable 81, on a weekend when his main rival Bautista no scored completely after retiring from Race Two.  After nine rounds he now has a total of 433 points

Whilst the WorldSBK championship now enters a long summer break, Jonathan will team up with KRT team-mate Leon Haslam and Toprak Razgatlioglu to compete in the prestigious Suzuka 8 Hours race on the 28thJuly.

The tenth round of the FIM Superbike World Championship will be held at Portimao in Portugal between 6 and 8 September, although there will be an official WorldSBK test for all at Portimao in late August.

Jonathan Rea, stated: “I would never have believed you if you told me I would come here and set a new lap record, win two races and take the overall, so it has been a great weekend. We made a very small change to the bike between the Superpole race and Race Two. My feeling was completely different, which we did not expect. There was a lot of front movement, whereas all weekend before that we had been strong with the front. I had a few small warnings, just enough for me to roll it back a bit, think about finishing and we got it done. I am just super-satisfied with this weekend and I did the best I could in race two. I am looking forward to the summer break now.”