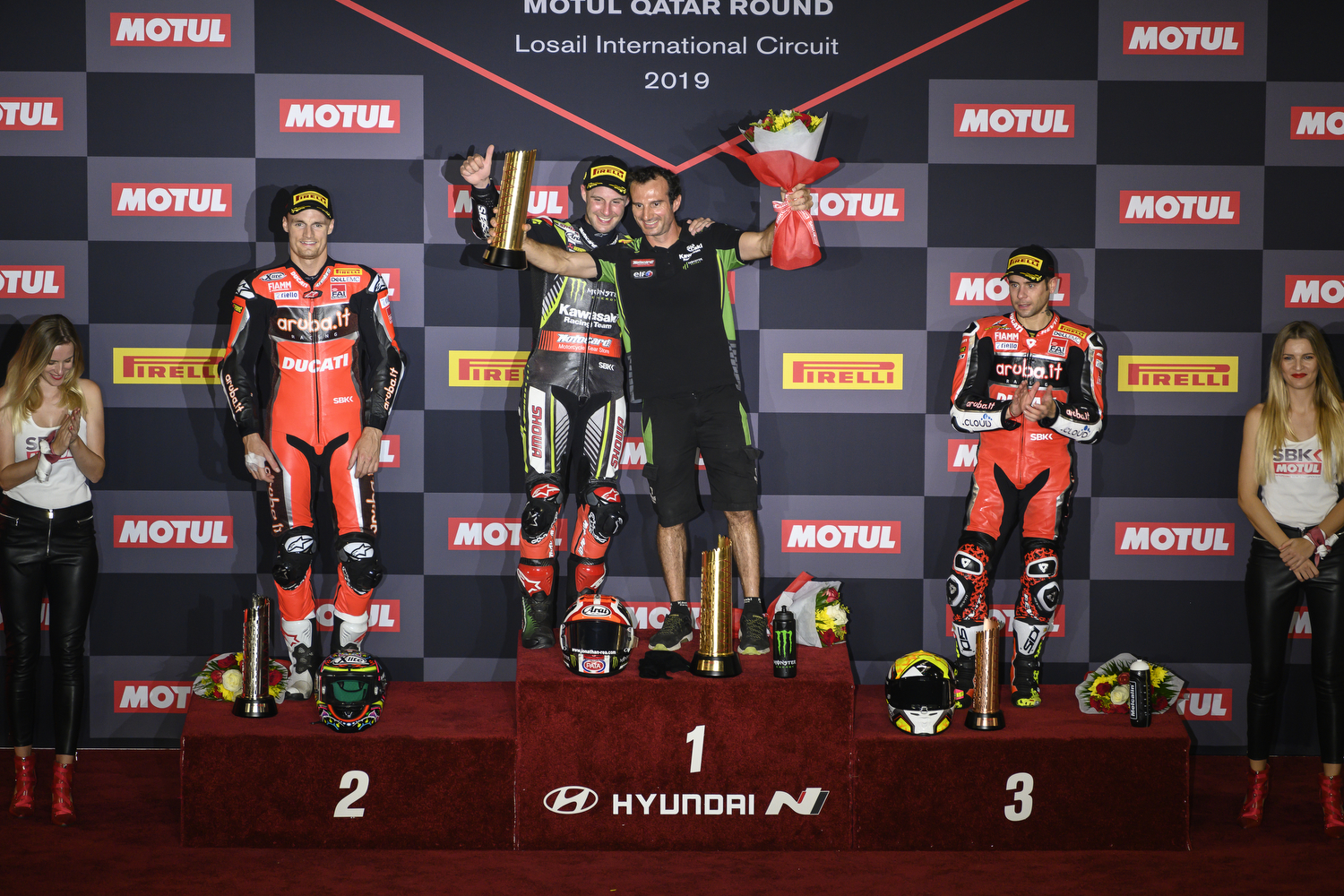 Five-time WorldSBK champion Jonathan Rea added to his Race One win on Friday with both race wins today at the Losail International Circuit, ending a remarkable season with 17 victories in all and a points total well into the 600s.

In the last round of a truly memorable season Jonathan Rea took his run of career race wins to 88, by securing all three race victories under the floodlights in Qatar, even though scoring his first win of the year took until round five, at Imola.

In the short Tissot-Superpole sprint race Rea led every lap and beat Alvaro Bautista (Ducati) by 2.027 seconds. In the 17-lap season finale he had pressure from two Ducati riders behind him but used his strong overall race package to push on in the final laps and take a winning margin of almost three seconds.

Rea’s historic fifth successive championship win was thus ended in a perfect way, especially after he started from pole position each time and Kawasaki won the Manufacturers’ Championship after Race One. He ended his year – which featured three races per weekend for the first time in WorldSBK – with 663 championship points, 165 more than his closest competitor.

Jonathan Rea, stated: “Seventeen race wins this year and two triples – Donington and here - so this is special, super-special. I am really happy and content because to be honest we never expected to get beaten so bad in the beginning. Even in the middle of the season we knew we needed to enter these last two rounds with a gap in the championship to fight for it, but what we expected we didn’t find. I am really happy with the package of our bike because in these last two races, with the longest straights in the championship, and the fastest circuits, we have proved that you need more than a fast engine to win. I am super-proud of all my team. This weekend we changed the base set-up so many times, from Race One to Superpole to Race Two; you would not believe me is I told you what we did. We turned the bike upside down and each and every time we had some positives and negatives, so it just shows our bike is working inside a good window.”