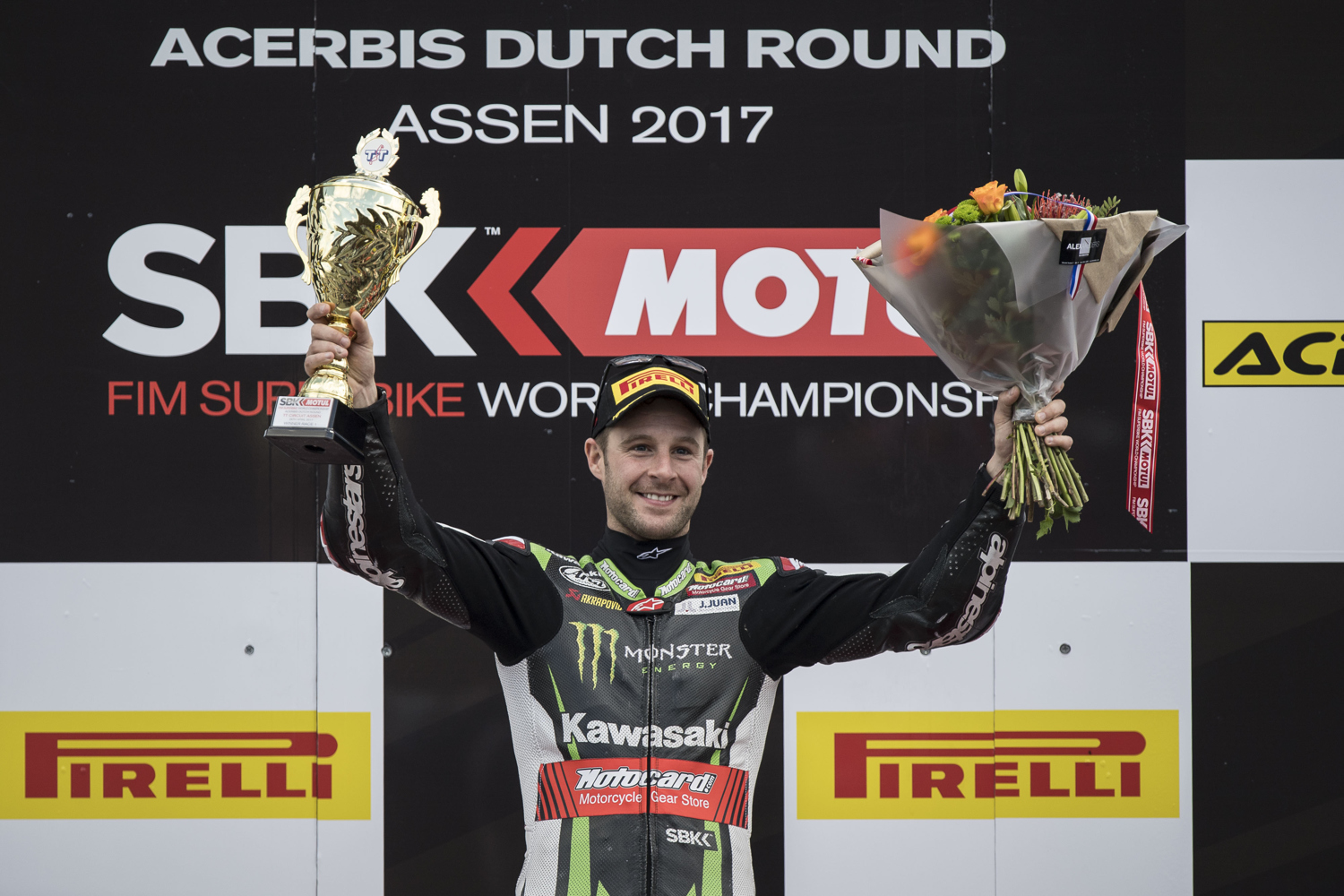 After a race long battle with title rival Chaz Davies (Ducati), Jonathan took over the lead in the closing laps and with one to go Davies suffered a technical problem and had to retire.  This handed his Ducati team-mate Marco Melandri a place on the podium in third, whislt Rea’s team-mate, Tom Sykes came home in second, making it a 1-2 for the Kawasaki Ninja ZX10-RR.

In Superpole 2, held shortly before race one, Rea set a new track best time for the WorldSBK class with a 1’33.505. However, Jonathan was demoted to fourth place on the grid after it was judged he had impeded the progress of a rival while he had been setting a fast lap. That gave pole position to Sykes, with Jonathan starting from fourth spot in a race he would ultimately win.

This was Rea’s sixth win of the season and his 10th at Assen.  He now leads the 2017 standings by 59 points from team-mate Sykes.

Race two of this round of WorldSBK takes place tomorrow, Sunday 30th April, with the 21-lap race scheduled for a 13:00.

Jonathan Rea, stated: “That one was really nice because the more wins you get on a certain track the more pressure you feel to repeat it. I am not sure why I click so well with Assen but it seems to be working. It seems like our bike was working very well in the faster sections of the track, and Chaz was fast out of T5 in acceleration. I could maintain the lap time as we were to-ing and fro-ing at certain parts of the track, but I was strong in the back section, where it counts for passes. I had good pace at the end and I wanted to go through then and make a gap. But every time I put my nose in front there was a big block pass into the last corner. It was, honestly, very unfortunate for Chaz and it is never a good way to lose points. But it was important for me that that bad luck happened to him when he was behind me because at that point of the race I was trying to make my rhythm and go away.”