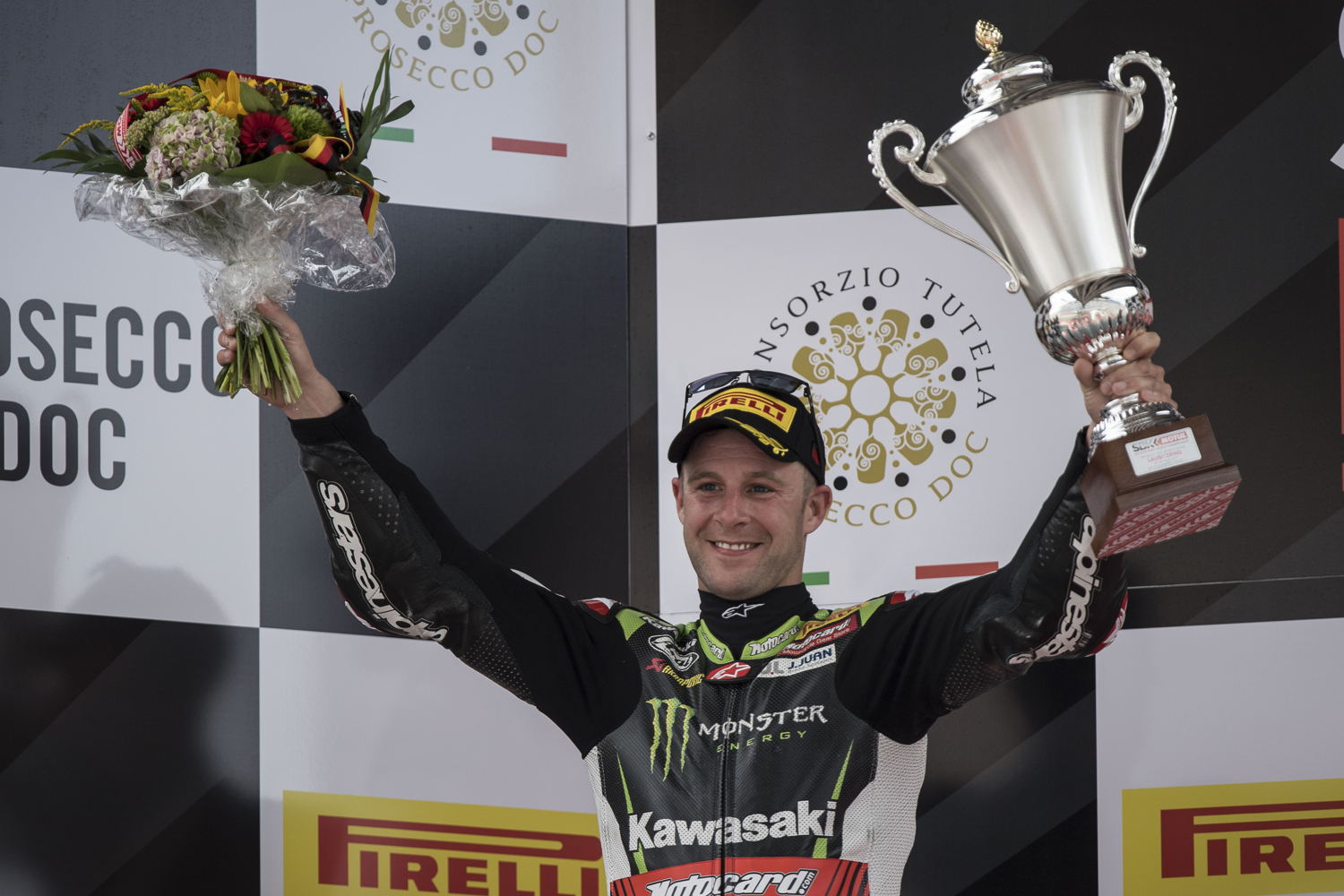 Kawasaki Racing Team’s Jonathan Rea took second place today in race one of round nine of the 2017 FIM Superbike World Championship.  The 21 lap race, held around the Lausitzring circuit in Germany, was won by Chaz Davies (Ducati), with Rea’s team-mate Tom Sykes in third.

Having started from second place on the grid Rea fell behind Davies in the opening lap with Sykes leading from pole position.  After a couple of laps however, Davies had forged ahead into the lead. JR made his way past Sykes at the end of the start-finish straight on lap three to reclaim second place.

Rea then kept pace with Davies for much of the race but could not find enough traction near the end to mount a final challenge for victory. Rea was less than two seconds down on the win at the flag.

In the championship standings, with one more Lausitzring race to go tomorrow, Sunday 20th, Rea now has 361 points and Sykes 298 – with the official Ninja ZX-10RR duo still 1-2 in the rankings. Davies’s win takes him to a total of 251 points, in third place.

Jonathan Rea, stated: “In the beginning and middle parts of the race I felt I had the pace to be with Chaz. Following him, I did not know exactly where I was going to be strong enough to make a pass to make my own race. I just tried to say stay there as long as I could and hope that the gap would open up behind. Then I started suffering with the right hand side of my rear tyre. I was starting to struggle to make the lap times and through some of the right-handers I felt on ice a little bit. I just had to manage my own race, and the guys gave me incredible pit-board signals. When Chaz was eking out a gap there was nothing I could do to win. So I put all my effort into keeping a solid rhythm and preserving the tyre for the last laps. Until we all put our heads together and look at the data we will not really know if we chose the correct rear tyre option today. It has been such a tough weekend because of the conditions, and all the rain we have had. But the pace today was still much faster, on a green track, than last year’s race, or even my race simulation during the test here in the summer break. Hopefully it will not rain again so much tonight.”