Rea Closes In On Title Lead 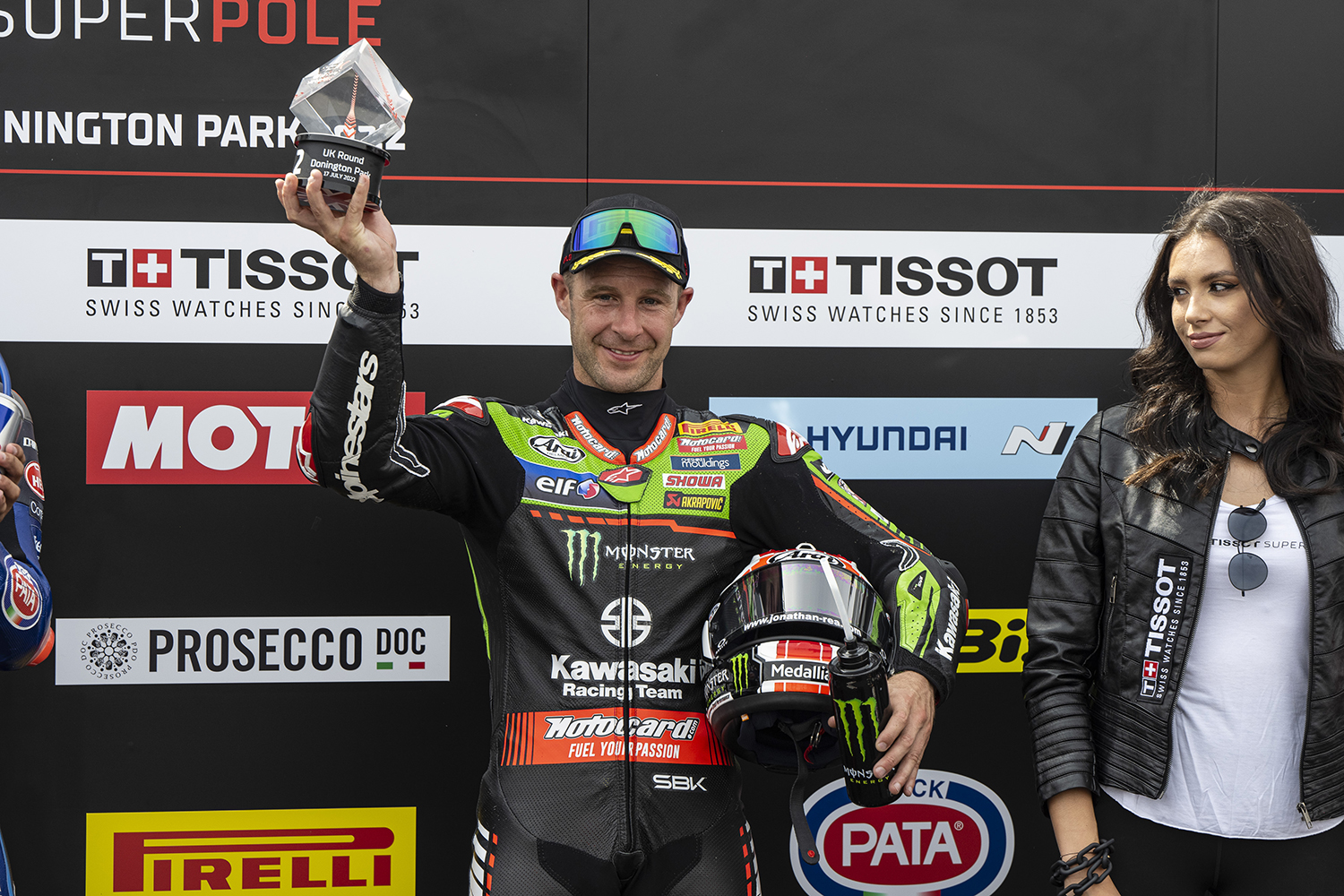 Jonathan Rea (KRT) scored two podium finishes on the final day of race action at Donington and leaves his home round only 17 points behind the championship lead.

As the temperatures rose on the final day of racing in the UK the anticipation of the large crowd was equally high. They got two tough and sometimes dramatic races to watch in the WorldSBK category.

In the full 23-lap WorldSBK race two Rea stayed in close contention with eventual race winner Razgatlioglu until half race distance. He would finally finish in third place, leaving Donington with a Superpole Qualifying trophy and three podium finishes in the races.

Jonathan is now only 17 points behind championship leader Bautista, with five of the scheduled 12 rounds completed.

In the championship points standings, Bautista has 246, Rea 229 and Razgatlioglu 203. Lowes has a new total of 106 points.

The WorldSBK paddock will reassemble at Most in the Czech Republic for the sixth round of the series, between 29-31 July.

Jonathan Rea, stated: “In the Superpole Race we used the SCQ rear tyre for the first time. I was quite convinced that tyre would be good. We crossed the line not too far from Toprak and that is encouraging because this is a really strong track for him. He has been strong here since he was a rookie on the Kawasaki. I felt good for half the final race and I was able to understand where I was good and where I have to improve. There were certain areas I was better but I really overcooked the front brakes - because I was right behind Toprak in the slipstream, always. So I had to take some time to cool down a little bit, fix my rhythm. Alvaro was coming with a really strong pace at the end of the race. We made some good changes from Saturday to today and I feel we are still learning a lot about the bike in hot temperatures. It was a weak area for us but now we can be happy. After Misano last time, I felt a lot closer here. To come out of the weekend with a 2-2-3 finishing record is strong. Yesterday we were fortunate to get a bit of a gift with points, so we halved the deficit in the championship. The big picture is OK but it is frustrating not to win. I really wanted to win here. But, we have to roll with it and look at the big picture.”