Race Win Then Drama For Rea 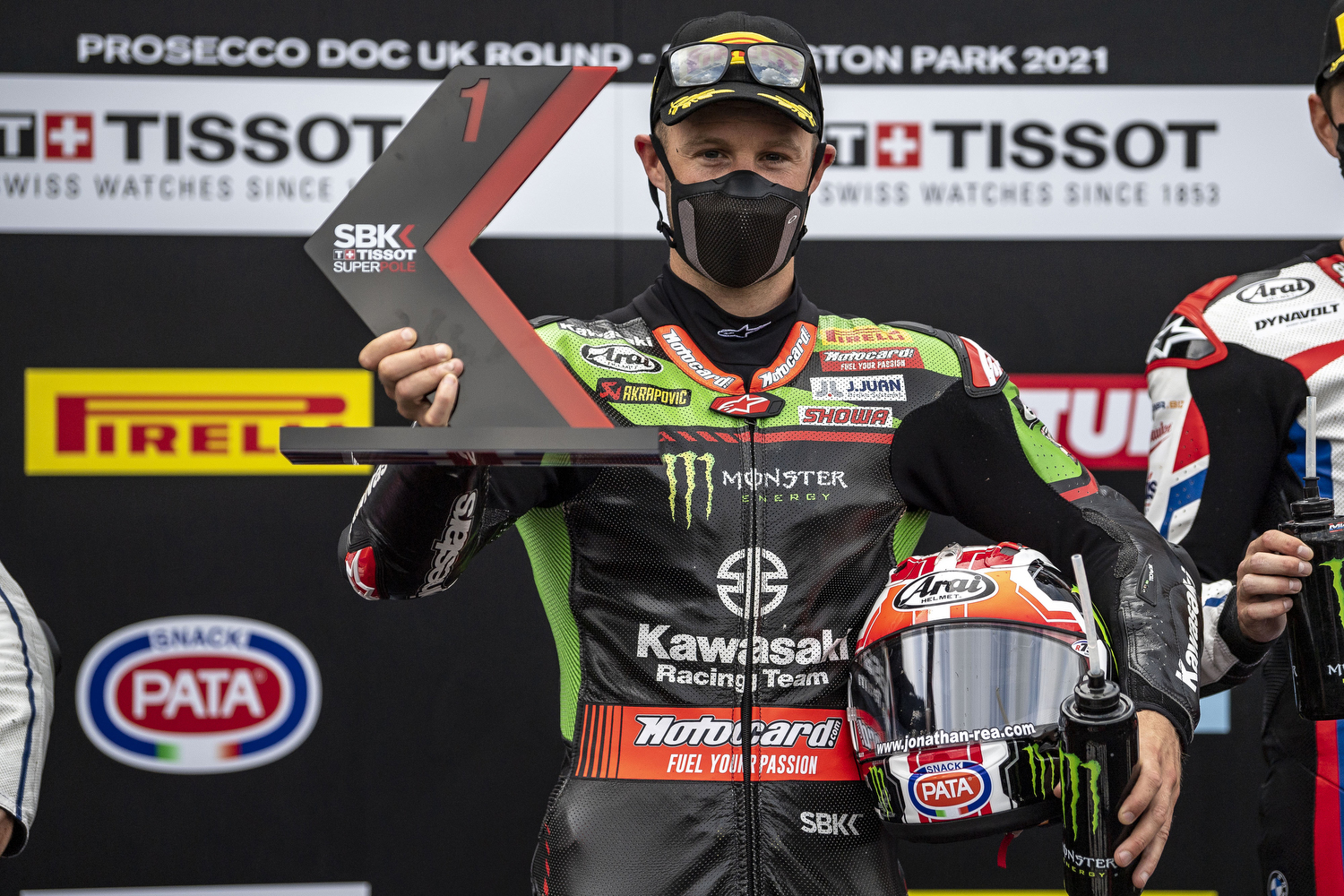 Jonathan Rea scored a win in the ten-lap Tissot Superpole Race on the final day of action at the Donington WorldSBK weekend before a fall in Race Two prevented him from securing more championship points.

In the morning’s ten lap Tissot Superpole ‘sprint’ race Rea led from start to finish to record his 104th career WorldSBK Race win and take the maximum points on offer.

There was a late scare for the entire grid as light rain fell just before the start of Race Two, held at 14.00 local time. In the end the track surface remained dry, with all riders riding on slick tyre choices.

Rea made a strong start from pole but was passed by the hard charging and eventual race winner Toprak Razgatlioglu (Yamaha).  When his rival made a small mistake and ran off the ideal line Rea re-took the lead but shortly afterwards he caught some bumps on the entry to Coppice and fell, without injury. Eventually restarting in the hope to score even a point, Rea finished 20th.

After the UK event the WorldSBK Championship riderswill head to Assen in the Netherlands between 23-25 July.

Jonathan Rea, stated: “A bitter sweet day really. The Superpole race in mixed conditions was really stressful on the grid, because we saw some guys used a wet tyre but the clear choice was the intermediate - or even the slick, to be honest if I had to do the race again. I built a nice lead and was able to maintain that 2.5 second gap to the end. In Race Two we changed the bike quite a lot from yesterday because I was struggling quite a lot with grip, and the bike was not turning as well. We fixed that in morning warm-up for Race Two. When Toprak came through and I ran wide into the chicane I gained the time I had lost to him quite quickly. I just kept my powder dry then he made a mistake at Coppice and I passed him. I just put my head down because I had the rhythm, the bike set-up and the feeling. But, going into Coppice I got caught out wide on the bumps a little bit, the front unloaded and when I tipped it in I lost the front. I am frustrated with myself but I am feeling a lot more positive than I did yesterday because I felt I did not have the tools to fight then. Today I felt it was my race but I made a silly mistake. We just have to maximise every opportunity now.”