RACE WIN AND A PODIUM FOR REA AT MAGNY-COURS 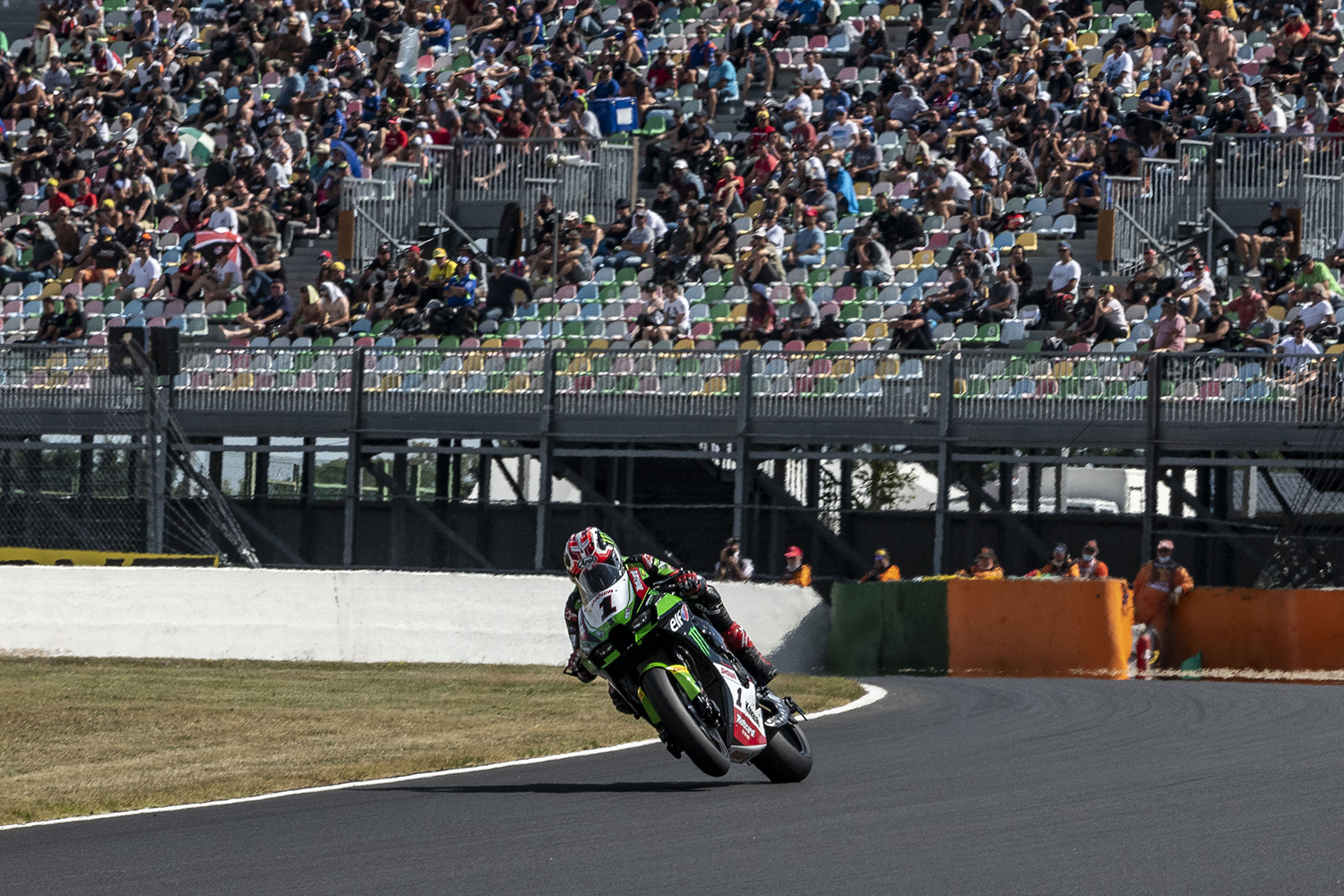 Jonathan Rea took another second place in WorldSBK race two at Magny-Cours today and was ultimately awarded the win in the Tissot-Superpole Race as well, after finishing a very close second behind Toprak Razgatlioglu (Yamaha). Razgatlioglu had strayed onto the green ‘trackside limits’ painted area on the final lap which carries a penalty of dropping back one place in the results, in this case to second behind Rea.

Fantastic entertainment on the final lap of the Tissot-Superpole race saw Rea pass Razgatlioglu but then get re-passed as each rider risked all into the final Lycée section. Rea was second, just 0.352 seconds from Razgatlioglu as he crossed the line.

Race Two, held in hot ambient conditions of 28°C, provided some more classic toe-to-toe fighting between Rea and Razgatlioglu, with the two championship rivals in close company for the majority of the race. When an increasing gap developed to eventual race winner Razgatlioglu, Jonathan consolidated his safe second place and scored 20 more points.

In the championship points table Rea is second overall, seven points behind Razgatlioglu.

The KRT team’s home circuit of Barcelona-Catalunya will host the next round of the championship, between 17-19 September.

Jonathan Rea said: “It seems like we are having some issues to stop the bike as soon as the grip of the rear tyre drops. When the tyre is fresh for ten laps I feel quite confident, quite good. I knew if I was going to have a solid chance to have a race win then it would be the Superpole race. We made some big set-up changes, so massive kudos to the guys in the garage because we never give up. We just wanted to keep improving the bike. We could see in the cooler conditions I could use the SC1 tyre, but as soon as the temperature comes up it moves too much for my riding style. I need that extra stability that the 508 tyre brings. We are a so over-geared for the exit of the first gear corners and the final chicane. I was losing too many metres.”