Podiums For Rea In Thailand 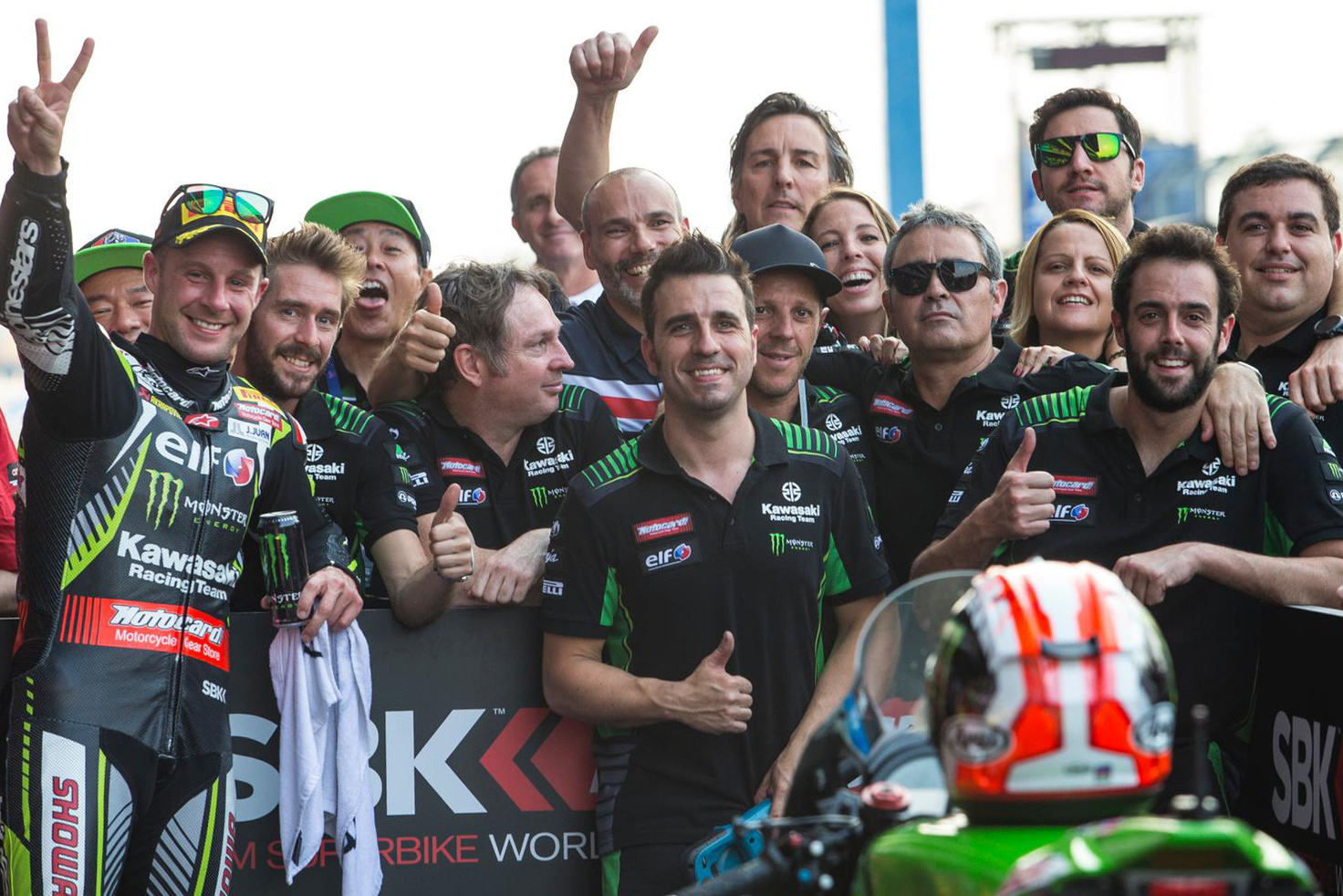 The podium places in today's races were a copy of Saturday with Alvaro Bautista (Ducati) winning and Alex Lowes (Yamaha) finishing third.

The short race today was even shorter than planned, when a two-rider incident saw the red flag thrown to stop the action.  The planned ten-lap contest became a six-lap event in the final classification.

In the second 20-lap race of the weekend Rea again tried to stay in the slipstream of Bautista but ended up riding to make sure of second place.  Lowes ran close behind him early on but Jonathan maintained his strong pace to the end and he crossed the finish line with a 2.3 second margin of advantage to Lowes.

In the championship rankings, Jonathan has scored 98 points and is 26 behind the lead after six individual races.

There will now be a run of six European-based WorldSBK events, starting with the Spanish round at Motorland Aragon, which will be held between the fifth and the seventh of April.

Jonathan Rea, stated: “The best we could hope for today was a brace of second places and we managed to achieve that, albeit with a lot of pressure from Alex in the final race. He kept really pushing, as he had in the sprint race, but I just had that little bit extra in the end of race three to go away. I want to thank my team for giving me a good bike this weekend and there is always some work to do to improve the package. I felt this weekend we struggled a little bit with front end stability, especially when the front was moving a little bit in that second part of the final race, in the sectors where I was strong. Behind my visor I was giving it 110% especially in those early laps to try and keep in the slipstream as long as I could. As soon as I lost that it was back to managing my own race. I am taking home 49 points again and we will try to build on that in Europe.”