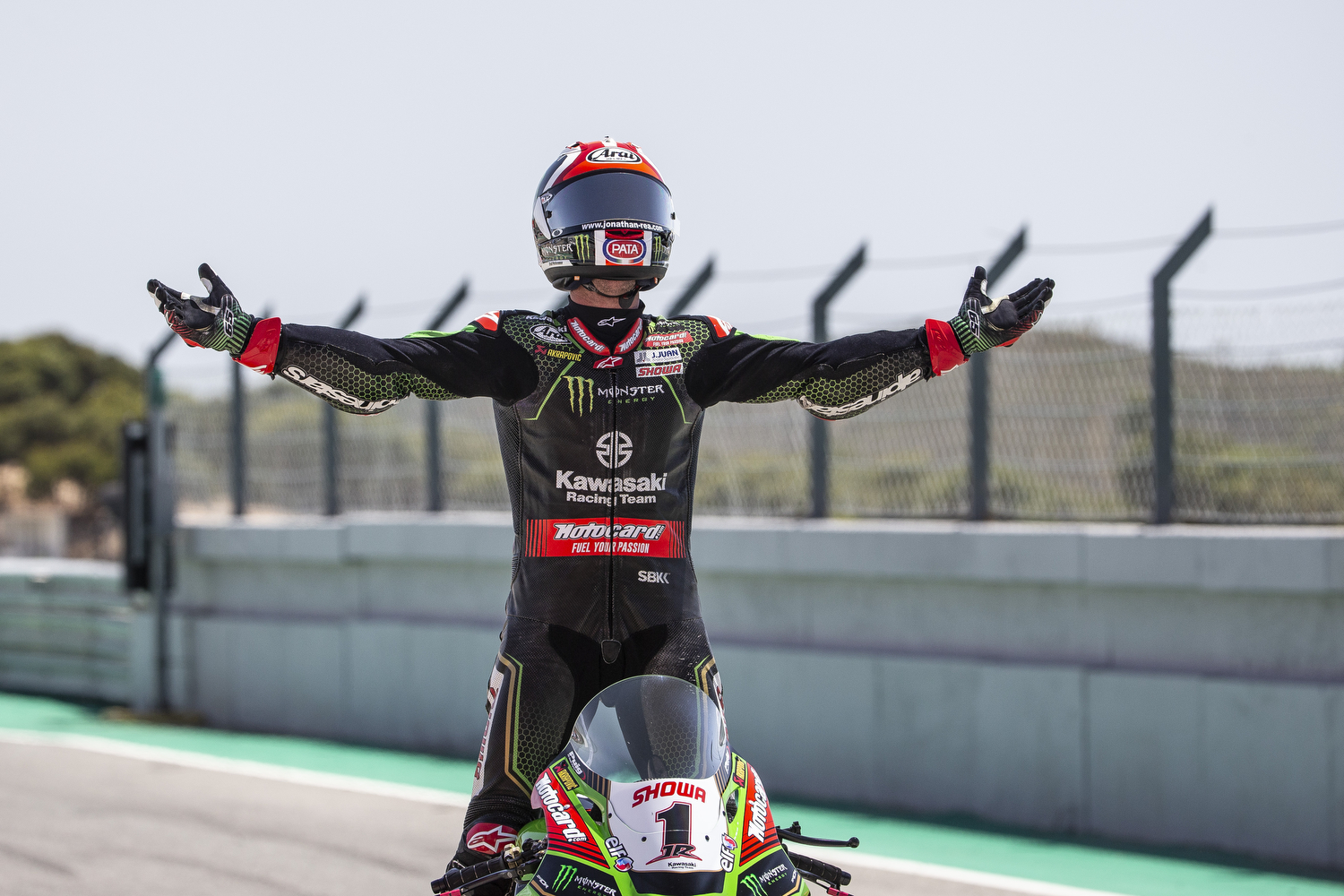 Jonathan Rea won both Sunday WorldSBK races in Portugal to take the lead in the 2020 FIM World Superbike Championship for the first time and lift his total of race wins this year to five.

It was a perfect WorldSBK weekend for Rea at what is now his statistically strongest circuit. Three race wins saw him take his personal race-winning total to 12 at Portimao. With more podium finishes overall than even at Assen, where he has also won 12 times, the Algarve circuit is now Jonathan’s most rewarding track.

The five-time world champion also scored the fastest lap in each race and was fastest qualifier in Tissot-Superpole on Saturday.

Entering the third round of the championship this weekend some 24 points behind the lead, Jonathan now leaves it four points in front.

A clear win by almost three seconds in Sunday’s early 10-lap sprint race allowed Rea an ideal starting position for the second 20-lap race in the afternoon. He once more raced his pit board from the front of the pack and eased out to win by 4.3 seconds in the weekend finale.

The next round will be the first of two back-to-back race weekends at the magnificently appointed Motorland Aragon circuit in Spain, with the first of them taking place between 28-30 August.

Jonathan Rea, stated: “That was a perfect weekend. The fastest laps, pole position and three race wins. I do not think it was the result, but it was the way that we made the result this weekend. I could really enjoy the bike. It is strange, because sometimes fighting for a sixth place, like we did in Jerez last time, feels like I was riding 100%. Giving everything to finish sixth. This weekend I could do whatever I wanted and kept increasing the gap at the front. It is an incredible feeling as a rider. I knew Portimao was going to be a good track, and I was talking myself into a good result, but we did not come here in the winter tests so I knew it could also be a difficult weekend. I did not start well on Friday in FP1, but we were able to just work calmly together and understand the bike.”