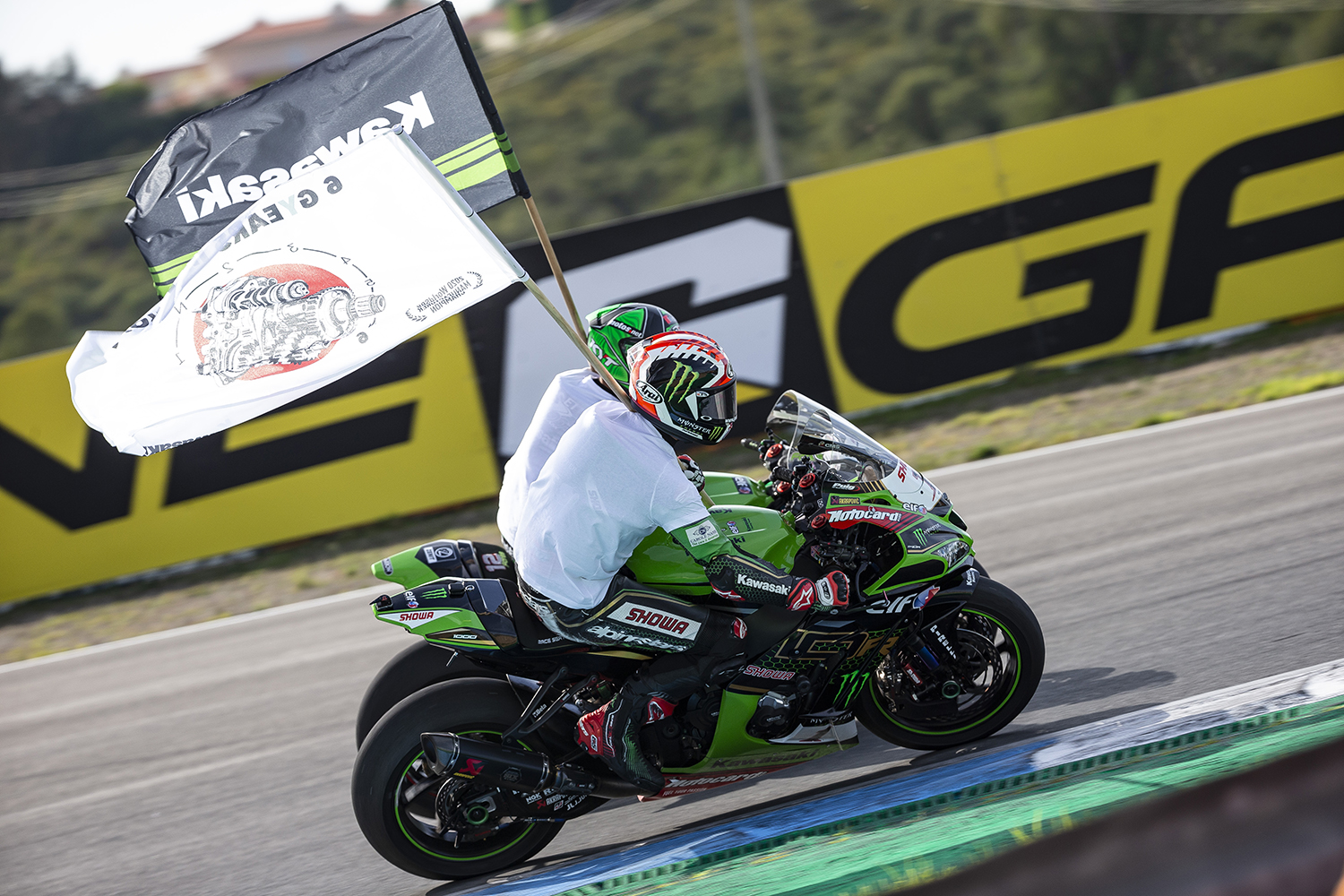 On the final day of the 2020 WorldSBK season Kawasaki won the Manufacturers’ Championship to add to the Riders’ Championship win scored by Jonathan Rea on his KRT Ninja ZX-10RR on Saturday.

In the Tissot-Superpole race, held at the usual 11am time slot, Rea again had to start from 15th place on the grid but was soon up into the top five positions. He was unable to improve on this placing within the ten-lap duration of the race and finished fifth. This placed him fifth on the grid for the final race of the weekend.

Race two, started at a rescheduled 15.15 hours local time in Portugal, was proving promising for Rea but in attempted pass on second placed Toprak Razgatlioglu ended in contact between them, with Jonathan losing the front and crashing. He got going again to finish 14th and score two more championship points to add to his winning total.

The short eight round season delivered race wins and podiums for Rea, plus a sixth successive title for Rea and a sixth consecutive Manufacturers’ title for Kawasaki – all despite the peculiar nature of a season affected by the global Covid-19 pandemic.

Jonathan Rea said “I had a great pace in the beginning of the second race. I gambled with a soft front tyre that some others used yesterday and I thought, with nothing to lose, let’s try it. I felt at that point in the race I had a better pace than Toprak, so I decided to try to pass but every time I tried he came around the outside or passed me in T1, where I was not so good. When the gap opened in T3 I put my bike there but there wasn’t much space. He closed the door and I tucked the front. When I got up my bars were pretty bent and the brake lever was bent down but I just wanted to finish the last race of the season. I knew I was not going to score big points but I just crossed my fingers that one of the Kawasaki guys was going to score enough points to retain the Manufacturers’ Championship and with Xavi Fores we did that. Massive thanks - and congratulations - to him. It proves that we still have a very good package with the Nin ja ZX-10RR. I think it is a world-leading bike that inspires a lot of confidence. It has been a true big team effort this season. I know all the engineering staff of the factory will be super-proud.”