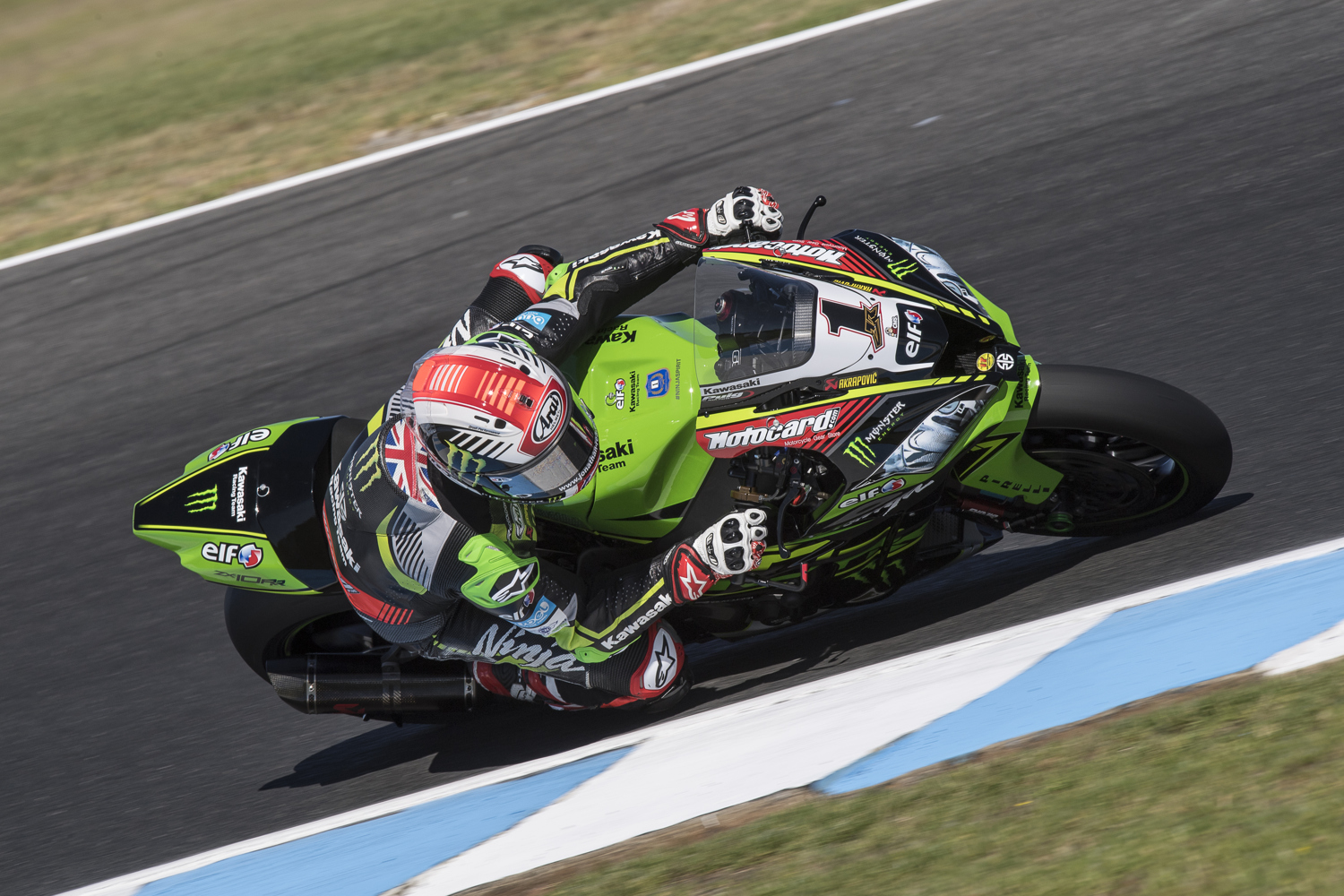 Kawasaki Racing Team’s Jonathan Rea completed his pre-season preparations today, setting the fastest outright lap time after a two day test at Phillip Island in Australia.  Attention now turns to the weekend when he will start the defence of his World Championship at the same circuit.

Rea set a time of 1’30.598 on the final day as he found the correct feel and feedback from his Ninja ZX-10RR.  He had crashed on day one, and again at slow speed today, but will start in good shape for the first practice session of race weekend, to be held on Friday 23rd February.

Jonathan, along with all Kawasaki riders, will start the 2018 season with an upper rev limit of 14,100rpm on his race machine. Despite this being a lower level than any of the other four-cylinder manufacturers at present, he now starts the season in confident mood after this test.

Now the riders will have a slightly changed weekend schedule to take part in, with three practice sessions on Friday 23rd and then race one on Saturday 24th and race two on Sunday 25th.

Jonathan Rea, stated: “Even though the track was not in perfect condition this afternoon we managed to put together a full race simulation and we are better equipped with that information to improve the base of the bike for the race. Unfortunately yesterday I had a big crash at T11 and gave my mechanics a lot of work. They have been working super late and hard during this test and I’m so grateful for their efforts. Also a special mention should go to Arai, Alpinestars and the physio Albert, because I woke up this morning feeling relatively ok! Now we can enjoy the build up to the weekend and keep our eye on the conditions.”