Floodlit Finale For Rea In Qatar 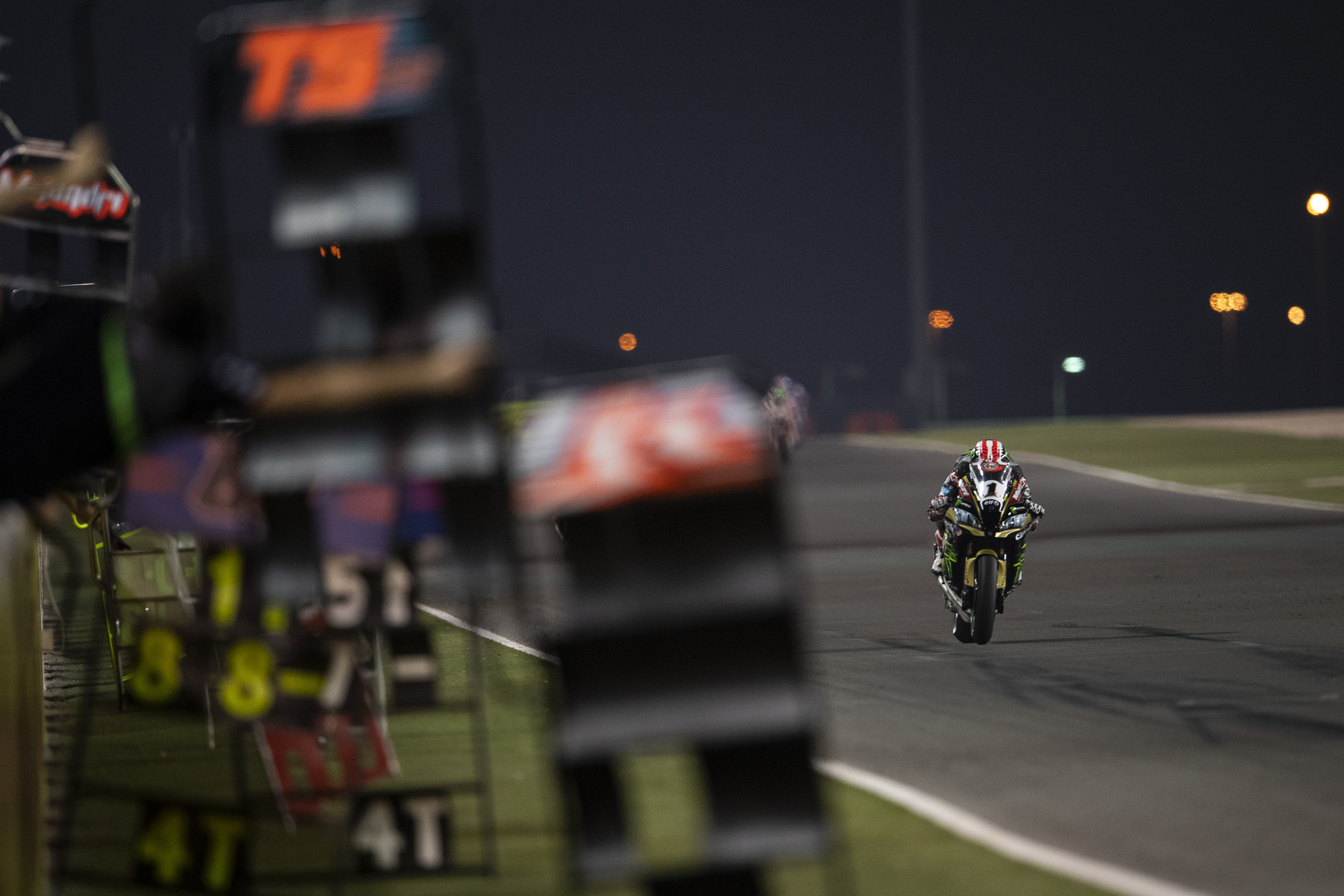 Five-time WorldSBK champion Jonathan Rea and Kawasaki Racing Team will compete for the final time in the 2019 season on the official Ninja ZX-10RR, at the magnificently-appointed Losail International Circuit this weekend.

The 13th WorldSBK round of the season will get underway shortly, under a vast array of floodlights that illuminate the relatively long 5.380km long Losail International Circuit, turning the desert night into virtual daytime for the riders.

Rea is a particular fan of the entire race weekend in Qatar but in addition to his own unquenchable competitive spirit he is keenly aware that there is important on-track work still to do to ensure Kawasaki wins the 2019 Manufacturers’ Award.

Losail, now the traditional host venue for the finale of each WorldSBK season, is unique in two significant ways. One is the unmissable spectacle of a floodlit race in the middle of the desert terrain. The other is that the races will take place on Friday and Saturday, with the first Free Practice session being at 17:00 (GMT +4) on Thursday 24th of October.

Tissot-Superpole qualifying will precede a full-distance Race One on Friday, with the ten-lap Tissot-Superpole race being held before the season-ending Race Two on Saturday. The two 17-lap WorldSBK races will take place at 20.00, local time, each day.

Jonathan Rea, stated: “I can’t believe it’s the end of another season. While we were able to achieve the target we set at the beginning of the year at the Magny Cours round, there is still a lot to play for going into this weekend. We are trying to bring home the manufacturers’ title for Kawasaki. It is nice to have these targets going into the weekend at a circuit that I really, really love. I love everything about the race. Riding under the lights is something really special because you feel at one with the bike as there are no external distractions in your line of sight. After an amazing weekend in Argentina, where I felt really competitive with the bike and we worked really well as a team in the limited practice time, that will be the same target in Qatar. To work really well together to maximise the potential of the Ninja ZX-10RR. Our goal is simple – to go out and win some races and end the season on a high. It has been a real dream season and I am really looking forward to the Losail race weekend. Can’t wait to get there.”