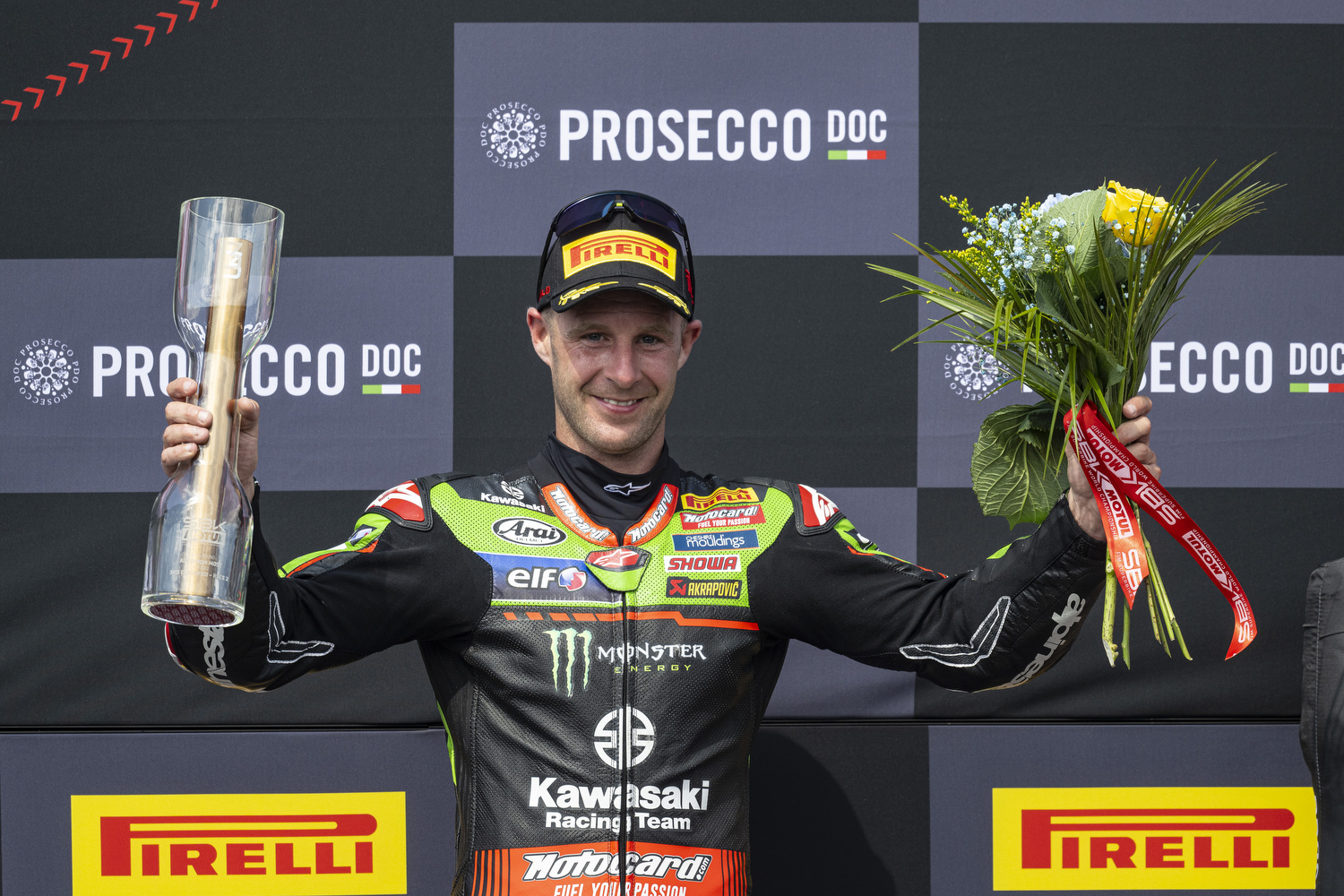 Jonathan Rea put in two strong performances in the Sunday WorldSBK races at Autodrom Most to take two more podium trophies home before the summer break begins. Rea finished second in the 10-lap Superpole race in the morning before taking third place in the full distance WorldSBK race two.

In the Superpole Race on Sunday morning Rea had a superbly entertaining battle at the front with eventual winner Toprak Razgaltioglu. As the pair swapped the lead on the final lap one last attempted overtake from Rea saw him squeeze past Razgatlioglu on the inside but have to run wide on the exit, finally taking to the gravel run off area. He retained control and rejoined the race in second place, taking a podium finish ahead of championship leader Alvaro Bautista.

In the 22-lap Race Two Rea was in the thick of the action once again, but he had to pass a few battling riders in the early laps to get into podium contention. Eventually the race became an exciting three-way fight between the three main championship contenders.

Rea led across the start/finish line on two different occasions but at the end of 22 intense laps he ended up in third place, securing more championship points and leaving the first half of the season behind in confident mood.

Jonathan is still second overall in the championship points after Most. Bautista has 298, Rea 267 and Razgatlioglu 260.

The WorldSBK paddock will now have a long summer break until Round Seven at Magny Cours in France between September 9-11. Before then, Rea and KRT team-mate Alex Lowes will head to the Suzuka 8 Hours EWC Round in Japan, alongside regular BSB rider Leon Haslam.

Jonathan Rea, stated: “The Superpole race was going well and I had pretty good rhythm. On the last lap I knew I had felt strong in Turn 15 during the race, compared to Toprak, but he did a completely different line than the other laps. He was on the defensive, with his leg off the footpeg. I tried to miss his foot and I went inside, and of course had to compromise my own line. There was enough gravel to slow me down, rejoin and keep my position. I enjoyed the fight and we improved the braking compared to yesterday. In Race Two the beginning was a mess, especially as Bassani and Rinaldi were going at it for the first two laps. I was conscious of letting Alvaro and Toprak going away out front so I passed Bassani and Rinaldi went out in T1. Then it was race on and I could be there. In general I felt quite good until maybe six or seven laps from the end. I was getting everything out of the bag and I was having some front slides, some chatter at lean angle, and the bike was moving quite a lot. It was very physical to ride so their pace at the end was just better than mine, I could not do much more. But no regrets because the bike set-up was better than yesterday, we definitely made an improvement - especially compared to last year at Most. I felt much more in control and I enjoyed the bike and circuit this year, just not enough. Congratulations to both Toprak and Alvaro; it was a very solid race.”