2021 WorldSBK Heads To Estoril For Round Two 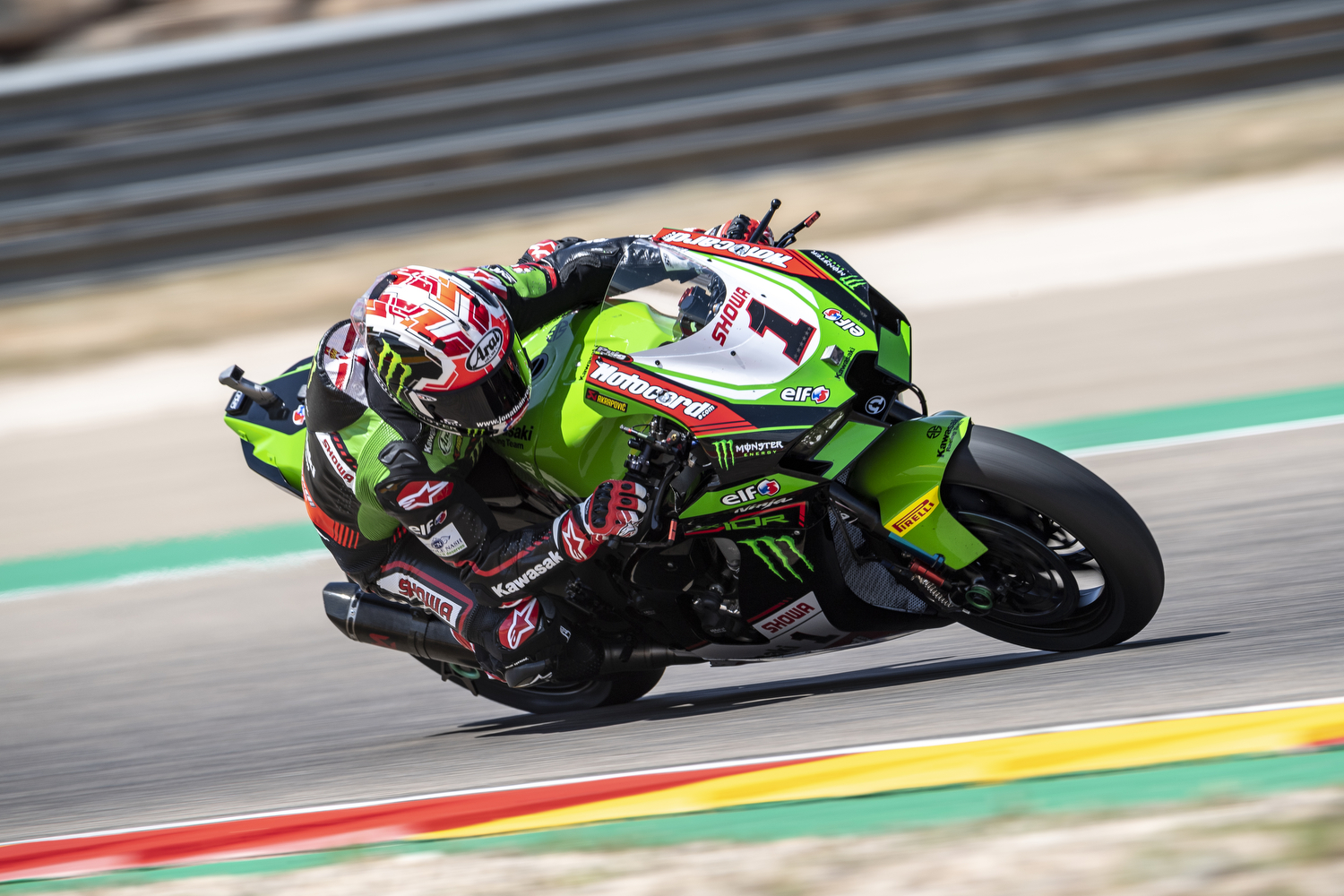 Jonathan Rea and Kawasaki Racing Team head to Estoril in Portugal this weekend for round two of the 2021 FIM Superbike World Championship, one week after enjoying success at the first round in Aragon, Spain.

Rea got his 2021 WorldSBK campaign off to a dream start one week ago at Motorland Aragon by taking his 100th career victory in the Superbike class in race one on Saturday. A further win in the Tissot Superpole race and a second place in WSBK race two on Sunday means he comes to Estoril with a 12 point lead in the championship standings over Kawasaki team-mate Alex Lowes.

Estoril hosted the final round of the 2020 WorldSBK championship where Jonathan secured an unprecedented sixth consecutive world title despite not scoring the best of results in the races.  This weekend, however, he returns to Portugal with a new for 2021 Kawasaki Ninja ZX-10RR and will be hoping to carry over his winning form from Aragon last time out.

Free Practice will begin at 10:30 (GMT +1) on Friday with the first of two 45 minute sessions, before Superpole Qualifying at 11:00 and WorldSBK race one at 14:00 on Saturday. Sunday will once more see WorldSBK race two start at 14:00 but not before the 10-lap Tissot Superpole race that will go under the lights at 11:00.

Jonathan Rea said:  “I really enjoyed Estoril last year and I had a lot of happy memories of winning the championship there. But to be honest from a track point of view I was quite average. I never started FP1 in the right way so I always felt I was playing catch up and the weekend was getting away from us. And then I had a crash in Superpole. So, we will bring a fresh mindset and also with the new Ninja ZX-10RR, I am feeling really comfortable. At Motorland we had three different track conditions thrown at us and we were competitive in all of them. I am optimistic because we have worked on some of the weaker aspects and the characteristics that Estoril has - the turning, really stopping and changing direction. So I think the benefits of that will show through when we go there.”